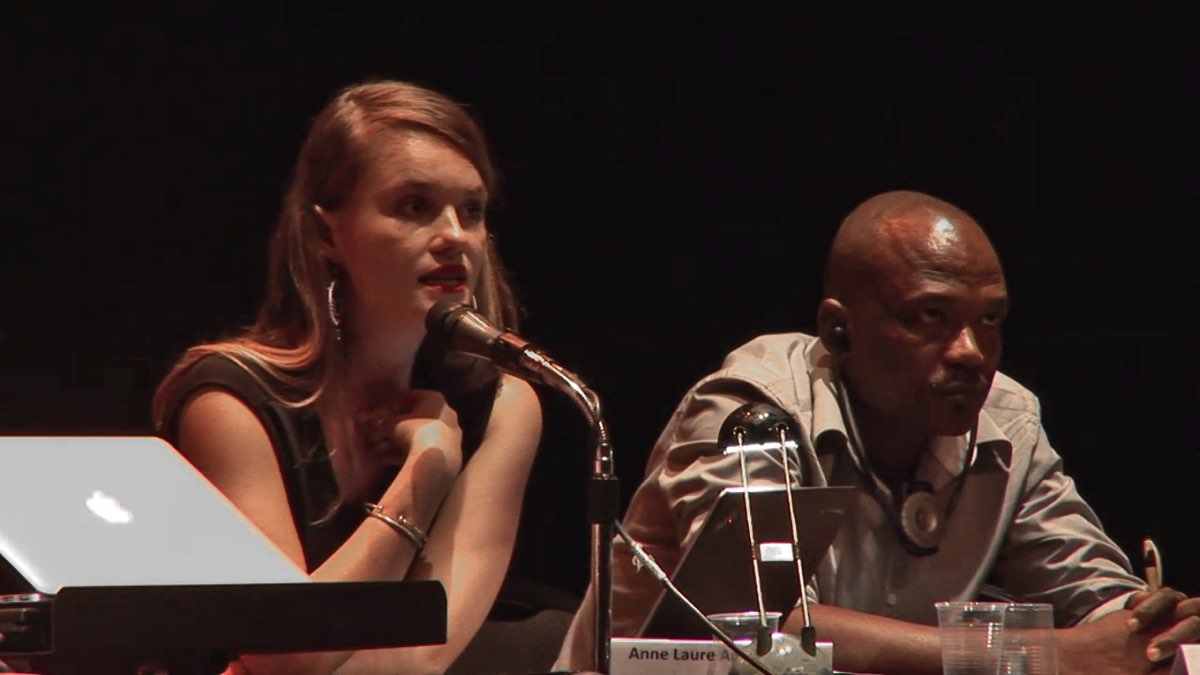 This paper gives an account of a project conducted jointly by researchers, artists and migrants which consisted in mapping, creatively and critically, the migratory in-betweenness. This experience of participatory mapping workshops, located between art and science, also allows to question the methodological issues at stake when tacking in-betweenness within a project involving both creation and research, implying complex inter-relations of all stakeholders. How to create a framework for exchanges between scientists, artists and the invited guests to tell about their migration routes ?

On most scientific maps, the spaces crossed by migrants during their travels are often flown over by arrows that indicate the flow or direction of trajectories. The experiences of border crossings are nevertheless very significant in individual migration stories. For people who have no right of residence, the traveled border extends into the so-called reception areas. Thus, in Grenoble, but it could be also in many European cities, travelers still travel… Four mapping devices between art and science, have been proposed to twelve persons who were either seeking asylum or who had obtained refugee status, with the aim of presenting ” expanded” borders experiences.

Even produced with a participatory methodology, the map is never clear of power struggles. The interaction with the artists helped diversify the power of this mediation tool within the relationships between the different actors of workshops. Accounting of journeys by mapping them has created an original and creative framework for exchanges both during the workshops and now, within an exhibition space. The production of maps on four different media, allowed to bypass the dominant narrative register experienced by asylum seekers, that of chronologically linear life stories required by government agencies. Serving a scientific, artistic and political project, the maps have allowed the emergence of novel forms of ” undisciplined “knowledge.