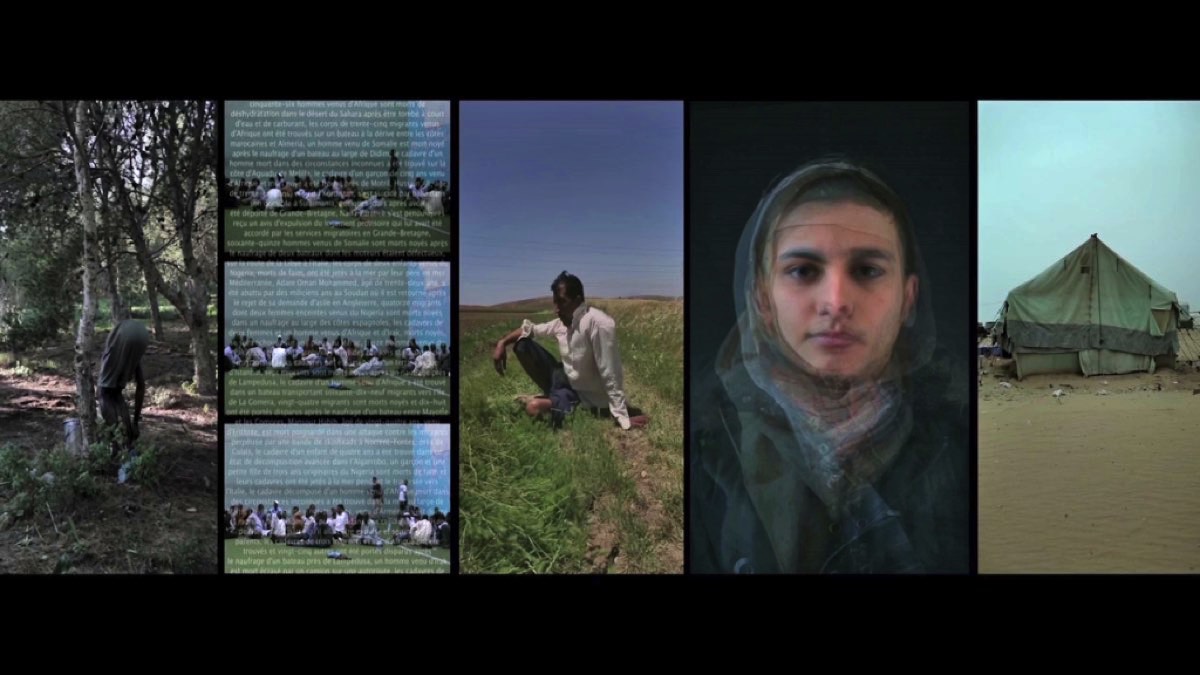 Odysseia assembles texts, photos and videos in a single installation. This artwork is neither documentary nor humanist; it expresses the vision of an artist preoccupied with identity issues, suffering bodies and death. It presents the daily life of these “migrants” in a world between nomadism and inertia. Nothing spectacular occurs since, in this tragic reality, nothing is extraordinary. Scenes display landscapes with no specific interest. What should be at stake in these pictures is the knowledge of what is lacking, what we will never be able to see.

Antoine D’Agata was born in Marseille in 1961, he left France in 1983 for ten years. He began his career as a photographer during the 90’s in New-York. He is also interested in cinema and has directed three films.