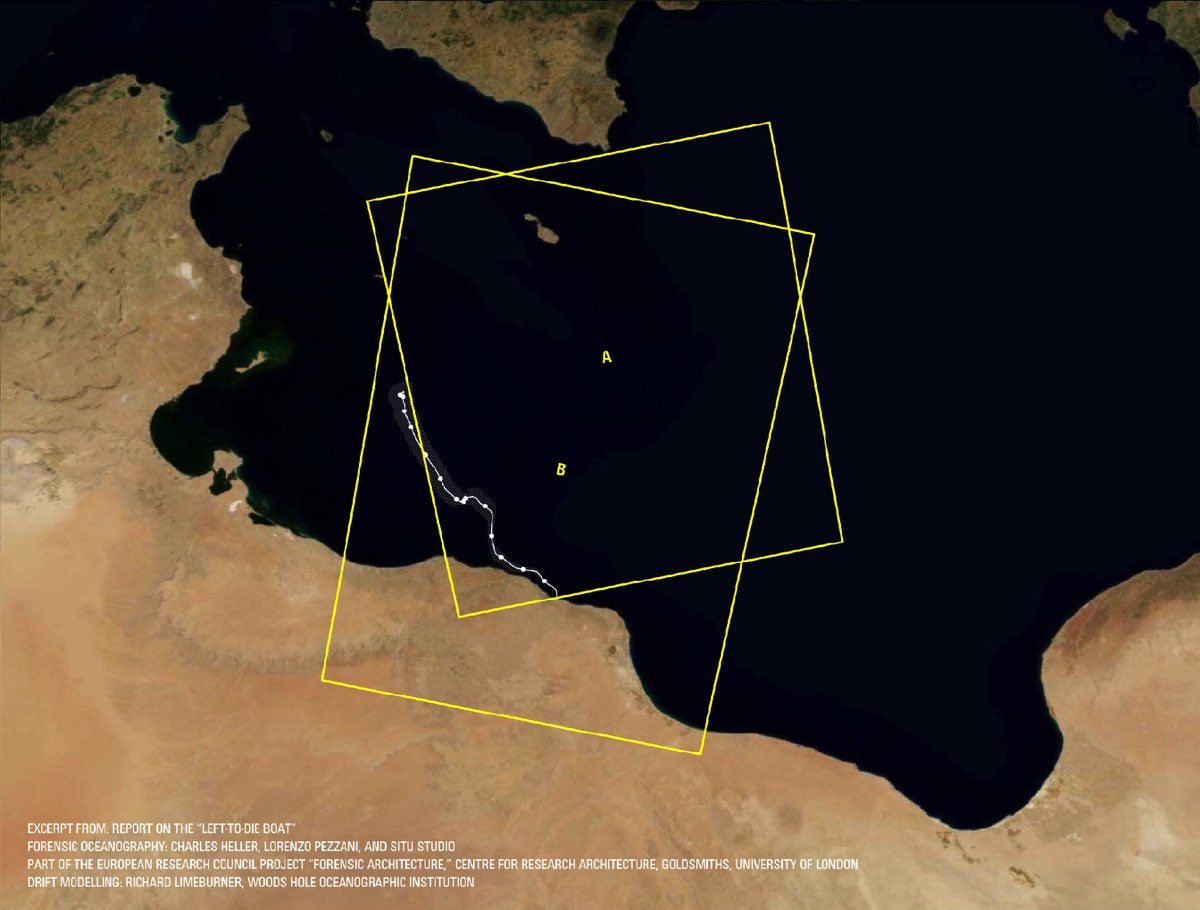 Watch The Med is an online mapping platform to monitor the deaths and violations of migrants’ rights at the maritime borders of the EU. The WatchTheMed project was initiated as part of the 2012 Boats4People campaign in the Central Mediterranean. Today the project further involves a wide network of organisations, activists and researchers. Through the transnational cooperation with migrants’ rights organisations, activists, researchers, migrants, seafarers active in, around and beyond the Mediterranean and the use of new mapping technologies, WatchTheMed aims to document the deaths and violations that are the structural product of the militarized Southern European border regime. The online map allows to spatialise incidents across the complex legal and political geography of the Mediterranean Sea. Through the accounts of survivors and witnesses, but also the analysis of ocean currents, winds, mobile phone data and satellite imagery, it is possible to determine in which Search and Rescue zone, jurisdictions and operational areas an incident occurred – as well as showing other boats who were in the vicinity of those in distress. Spatialising such information is essential to determine responsibility for violations at sea. Apart from reconstructing past events, the participatory nature of the platform allows many different actors to to indicate ongoing situations of distress. The documentation generated by WatchTheMed seeks to support the work of organisations that defend migrants’ rights, inform migrants of their rights and security at sea, pressure authorities into respecting their obligations at sea, support the ongoing campaigns by the relatives of the dead and disappeared at sea, and support legal proceedings against those who violated the rights of migrants.

Forensic Oceanography (FO) is an research project based at Goldsmiths College (University of London) investigating the conditions that have caused the death of more than 1500 persons fleeing Libya across the Central Mediterranean in the Spring of 2011 (estimate by UNHCR). FO has so far provided its expertise in spatial analysis to a number of organisations and institutions who have conducting inquiries into these deaths. The project will further seek to devise ways in which a wide range of technologies and media might be used to document violations of human rights at sea and increase accountability in the future.