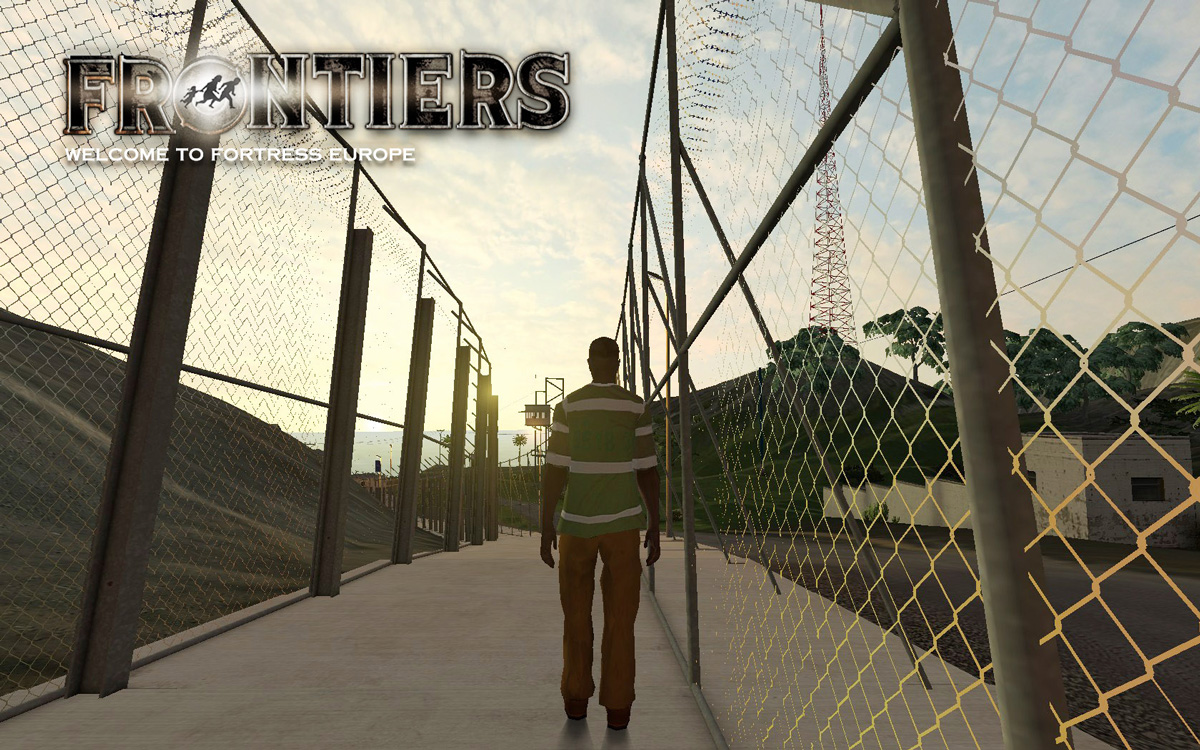 Subtitled “You’ve reached fortress Europe”, this video game represents the way European borders are experienced by migrants who fled their countries and seeking asylum in Europe or by borders police attempting to control irregular immigration. In both cases, the player discovers the reality of the barriers limiting entry into Europe and becomes aware of lives developing around them. The authors attempt to to contextualise the issue of irregular migration in order to improve the perception and understanding of the situation of migrants beyond the superficial level of catastrophic news. The game portrays a major migration itinerary, from subsaharan Africa through to the Algerian Sahara to the  enclave of Ceuta on the Moroccan side, a seaport on the coast of Spain until the final destination, the industrial port of Rotterdam. The artists produced different migrant profiles, that players will be able to embody.

Extra Gold is an Austrian art collective that produces interdisciplinary work between performance, music and hybrid media. They created a large number of projects that transcend the boundaries between fine art and performance art, presented in festivals such as Ars Electronica Nightline, the European Media Art Festival, Dresden CYNETart, the Doppelgängerfestival (Cultural Capital Linz09). The group was awarded the interdisciplinary arts award from the Austrian Ministry of Education and Art in 2012 and the prize for media art in the region of Salzburg in 2012. Members of the group are: Reinhold Bidner, Tobias Hammerle, Georg Hobmeier, Doris Prlic Sonja Prlić Karl Zechenter.