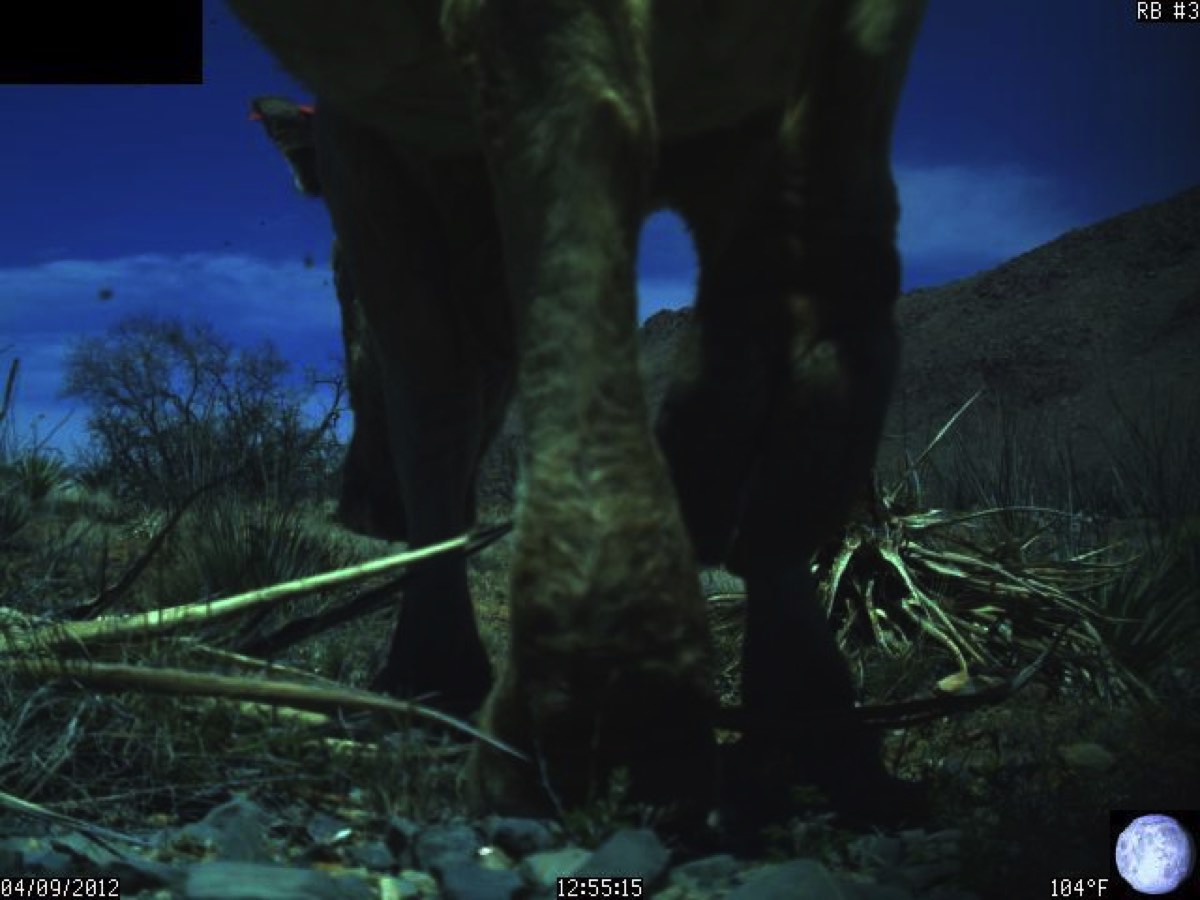 Joana Moll
AZ: move and get shot
Visit the project

AZ: move and get shot by Joana Moll is a net based piece which shows the natural, animal and human flows in the landscape of the U.S. / Mexico border in the state of Arizona, through the eyes of six surveillance cameras.

These cameras are part of an online platform created by a group of landowners with properties in the U.S. border. The platform shows the images of six surveillance cameras located in the border territory. The main purpose of this community is to provide the public with raw images of immigrants crossing the border illegally through their fields. Each camera incorporates a motion sensor which triggers the capturing of images when detecting the slightest vibration of the landscape. Then, these pictures are sent to a server and displayed directly on the web page.

While the main goal of the landowners is to capture and disseminate photographs of immigrants entering the United States illegally, the camera is programmed to detect and record any kind of movement. By delegating the surveillance to a machine, the original human intention is lost, and the original purpose takes shape as a collection of images that reveal not only immigrants but all kinds of human, animal and natural activity. Therefore, the monitoring action becomes something uncontrollable and potentially meaningless.

The piece is composed of six independent films automatically made from the images captured by each camera. Every 24 hours, a Bot detects whether there are new pictures. These new images are saved to a local server and added algorithmically right after the last frame of the corresponding video. Thus, the films expand and reveal, day by day, the pace and the nature of the movement of the Arizona borderland.

Joana Moll. Barcelona, 1982. Holds a Master’s degree in Digital Arts from the Universitat Pompeu Fabra and a BA in Visual Arts from the Universitat Autònoma de Barcelona. She has performed and exhibited her work internationally in venues such as Arts Santa Monica and The Picasso Museum in Barcelona, the Oi Futuro Institute in Rio de Janeiro, the Albuquerque Museum of Art and History, the Lancaster University in UK and the Ithaca College in New York, from where she received an award for “The Texas Border”. She took part in FILE 2011 held in Sao Paulo, FILE 2012 in Rio de Janeiro, ISEA 2012 edition and Festival Internacional de la Imagen 2013 in Manizales. She also contributed to the development of interactive projects for the Science Museum of Granada, the Institute of Palaeontology of Sabadell and the Universitat Pompeu Fabra. She is actively collaborating with Sauti ya wakulima project and with the trandisciplinary research project Antiatlas of Borders at IMéRA, Marseille (France).