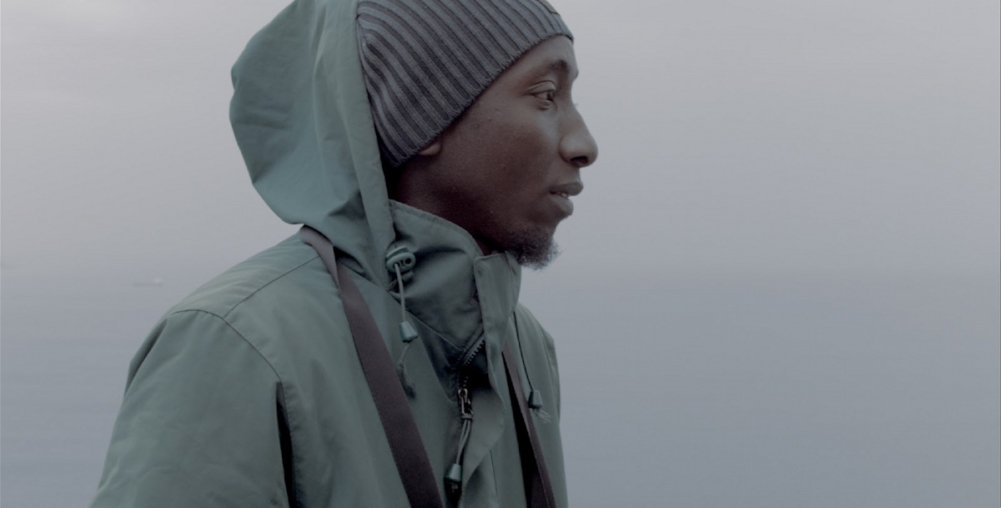 Keina Espiñeira – The Colour of the Sea

After a long journey departing from Guinea Conakry, Aliou, Diakité and Boubacar find themselves immobilized in the EU-African city of Ceuta. For them the waiting time in Ceuta is uncertain. It can take months, and even years, in some cases. Meanwhile, they are settled in the Centre of Temporary Stay for Immigrants (CETI).

During their waiting in Ceuta, they find themselves immobilized between two EU thresholds: a land border represented and marked by a fence with the surrounding forest in Morocco; and a sea border represented by the disconnection of mainland Europe through the waters of the Strait of Gibraltar. The forest and the sea, both are part of the border landscape of this Spanish enclave in North Africa.

The Colour of the Sea delves into a border experience that takes place in the city of Ceuta, at the crossing of the Atlantic Ocean and the Mediterranean Sea. I was interested in portraying a place where human trajectories are spatially and temporally suspended. By crossing contemporary nomadic landscapes the film explores this mundane limbo. Spontaneous conversations from the present collide with African.

legends from the colonial past. The Colour of the Sea is a documentary film performed in participatory action with their protagonists. The main characters, Aliou, Diakité and Boubacar, knew that it does not look for a representation of their migratory biographical travel. Instead, it seeks to both produce and activate a border experience through the act of filming this threshold stage of their journey. The film reveals the conflict triggered and the dilemmas they have in relation to participate.

Keina Espiñeira is a scholar and artist. She is interested in politics of visuality, postcolonial academic activism, political and cultural geographies, border-art, Morocco and the Mediterranean region. Keina’s doctoral dissertation Migrant landscapes in the stretched border. The postcolonial condition of the Spanish-Moroccan Border (2015, Universidad Complutense de Madrid, Spain) is focused on spatial practices and representations of the Spanish-Moroccan border in regards to African human mobility. On her work she explores modern borderscapes of power and resistance from a decolonial perspective. Currently she is working on developing the visual methodology further as both a research and a pedagogical tool and experimenting with collective possibilities of visual counter representations and radical cartographies.