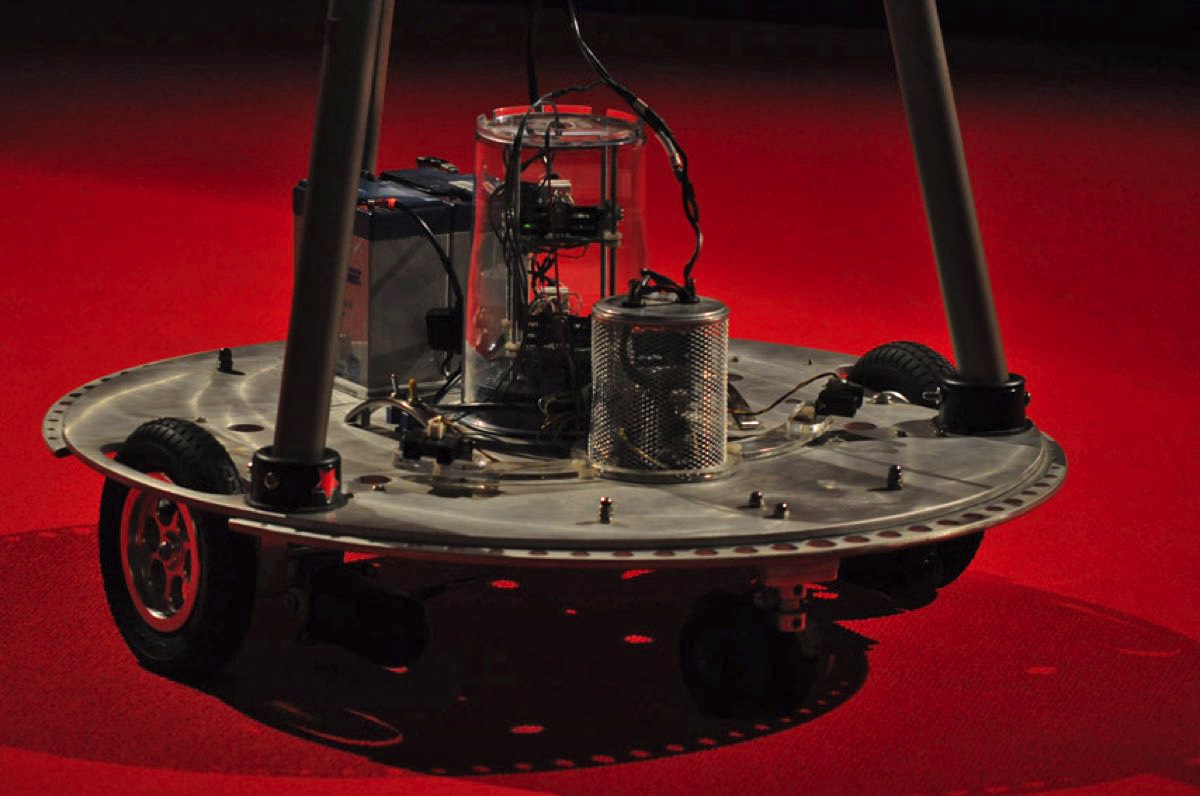 Paparazzi Bots are autonomous robots standing at the height of an average human. Comprised of multiple microprocessors, cameras, sensors, code and robotic actuators they move at the speed of a walking human, avoiding walls and obstacles while using sensors to move toward humans. They seek one thing,  to capture photos of people and to make these images available to the public elevating them to celebrity status through this momentary anointing. The robots also achieve celebrity status through their association to the famous people at Nuit Blanche that are captured by the Paparazzi Bots. Each Paparazzi Bot can make the decision to take the photos of particular people, while ignoring other humans in the exhibition, based on things such as whether or not the viewers are smiling or the shape of their smile. When the robots identify a person they stop, automatically adjust their focus and use a series of bright flashes to record that moment.

Ken Rinaldo who is an artist, theorist and author, creates interactive multimedia installations that blur the boundaries between the organic and inorganic. Integration of the organic and electro-mechanical elements asserts a confluence and co-evolution between living and evolving technological cultures. His works have been commissioned and presented nationally and internationally. Rinaldo is an Associate Professor at The Ohio State University teaching robotics, 3D modeling and animation. He directs the Art & Technology Program.