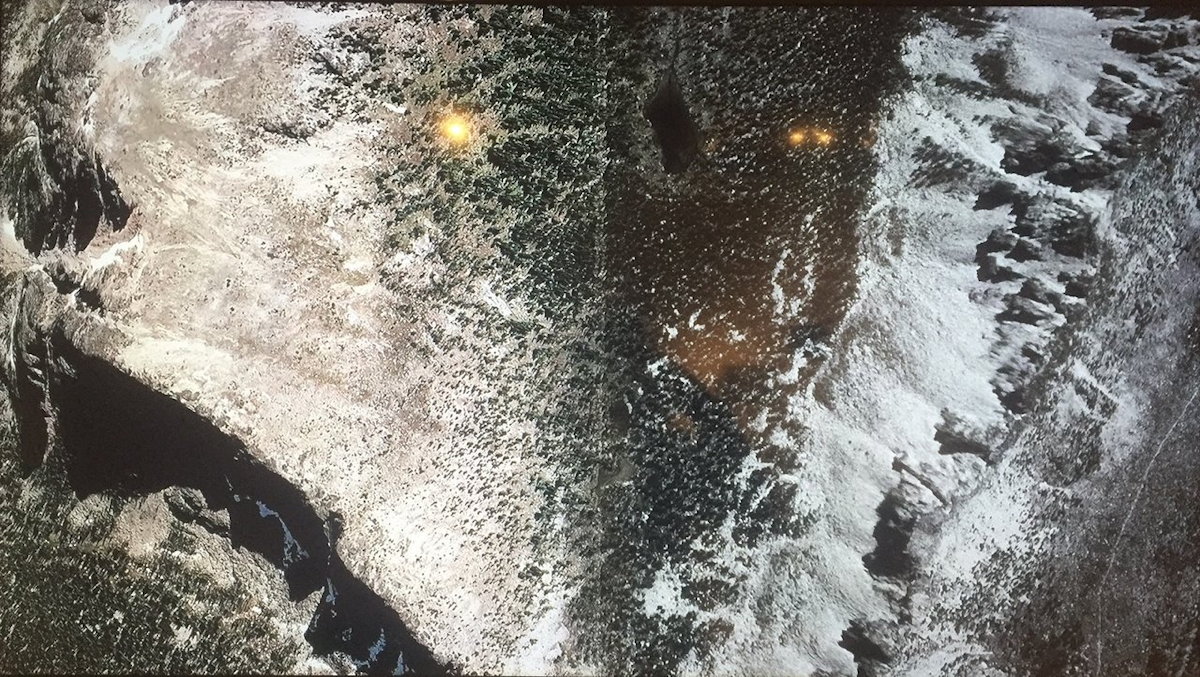 Parallel is a single-channel video composed of satellite images tracking the US-Canada border along the 49th parallel of latitude; that is, 2,000 km from the Strait of Georgia in the Pacific Ocean to Lake of the Woods, near the centre of North America. Pursuing a simple trajectory, the project traverses a complex geography of politics, technology and time. The project is thus about several parallels beyond simply latitude: parallel countries, parallel modes of imaging and imagining, parallels between political, technical, and visual territories. It documents two distinct political and optical regimes, articulated at their line of interface.

parallel is the first of a series of explorations I have undertaken using Google Earth and other aerial imaging tools; another of these was Transect, which follows the Prime Meridian and Antimeridian around the planet, and was projected at Greenwich, England in the summer of 2014. For me these explorations develop a deep interest in the relationship between space and its image. The anomalies exposed in both parallel and Transect speak about relationships between image, technology, and nature, and about the politics and economics of mapping the earth. They form an interpenetration of digital image and material landscape. The material/digital territories created by the interplay of earth and image bring to the forefront, and are charged by, the economic and political matrices in which we are all embedded: a global condition that binds us as it frees us.

I have trained in architecture, film, urban design, social sciences, and the history and theory of architecture. I practise in architecture and urban design, and in film and visual art, where my work focuses on installation and video projection. I find that concerns explored independently in each of these practices bleed into, develop and are played out in the others. My creative work has been projected or installed in Winnipeg, Halifax, Toronto, Montréal, and London, England. I have taught at McGill University, University of Manitoba, Kanazawa International Design Institute (Japan), and Harvard Kennedy School of Government. I also write and edit; I have written for Critical Planning, Mechademia, Chora, and Leonardo, among others. I also contribute interviews on media, art and politics to furtherfield.org. I am based in Winnipeg, Canada, and am fascinated by the knot of geography and social conditions, success and failure, which binds this city.