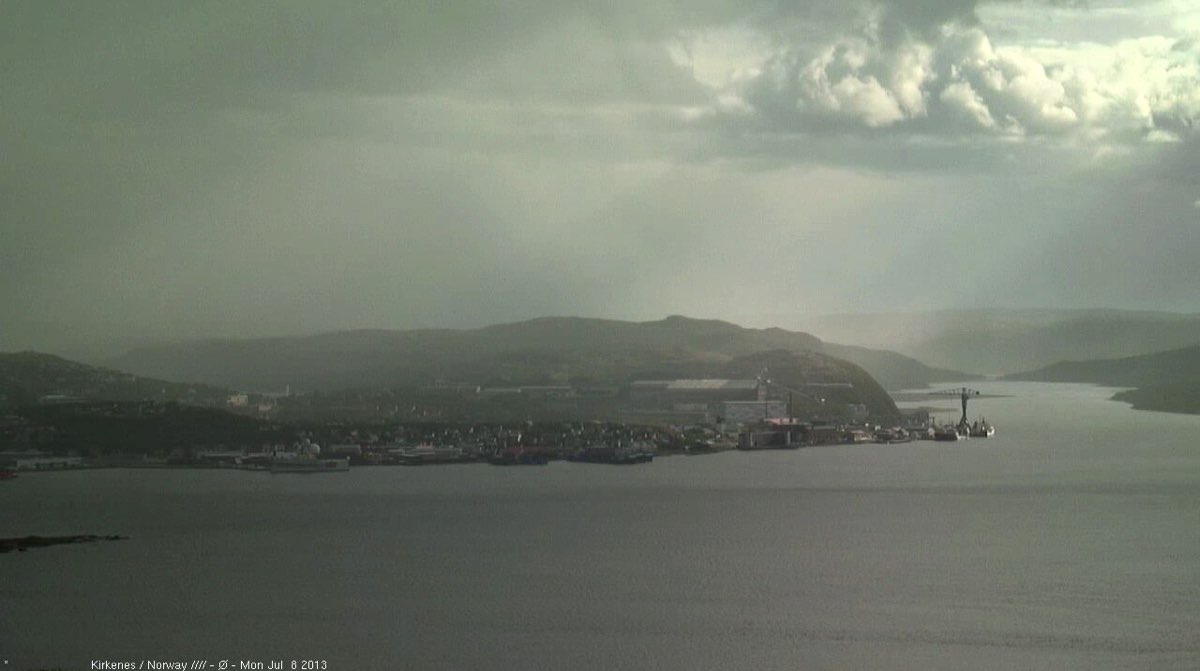 We were looking for places where global warming is considered as an opportunity of development when we were struck by an article in Le Figaro describing Kirkenes in the future as the new Singapore !

We decided to go to Kirkenes, north of Norway, at the Russian border along the Barents Sea. This region is a hot spot: with the melt of ice cap there is a new shipping passage to Asia. Kirkenes with a deep see harbor will became a geostrategic point as Singapore. But the difference is that Kirkenes is also full of resources (oil, gas, fish, ore, wood). It’s Also a geopolitical point, the border to Russia is also the border of the Shenghen Space.

We displayed a permanent video station pointing the city and and the harbor. During our stay we wrote a series of 11 texts inspired by the economic and geostrategic issues of the Barents Region copied on the pattern of Facebook event. At the same time Deep Water Horizon was dumping tons of crude in the Pacific ocean. At the end texts became 11 audio stories talking about money, oil and global warming.

“Series of audio tales whose tragic beauty with science fiction scenarios trickles away like a string of Facebook events in a sonic composition against a backdrop of an abyssal groundwater, enigmatic culminations of jingles and samples where the engine of an icebreaker collide with the hysterical laughter of gulls, a few seconds of a radiophonic hit single, the sonar of a whale, sounds of helicopters, the synthetic Victoria… And the beautiful stoic voice of Motto, unravelling the absurd.” Orevo

Since they met, ten years ago, Magali and Cedric’s joint work bears the dual hallmark of experimentation and performance. Their pieces bring together various media and associate elements from opposite ranges, with a taste for connections between Sci-Fi and documentary forms, high-tech engineering and fantasy tales, heavyweight materials and fleeting sensations. Starting with installations and plastic objects, their work soon included experimental actions and more immaterial artistic gestures. Videos, sound art, music, olfactive research, virtual works bordering the digital arts, have formed, this past 3 years, a cycle of works dealing with climate change, economic, politic and geo-strategic issues, urban development and food management.