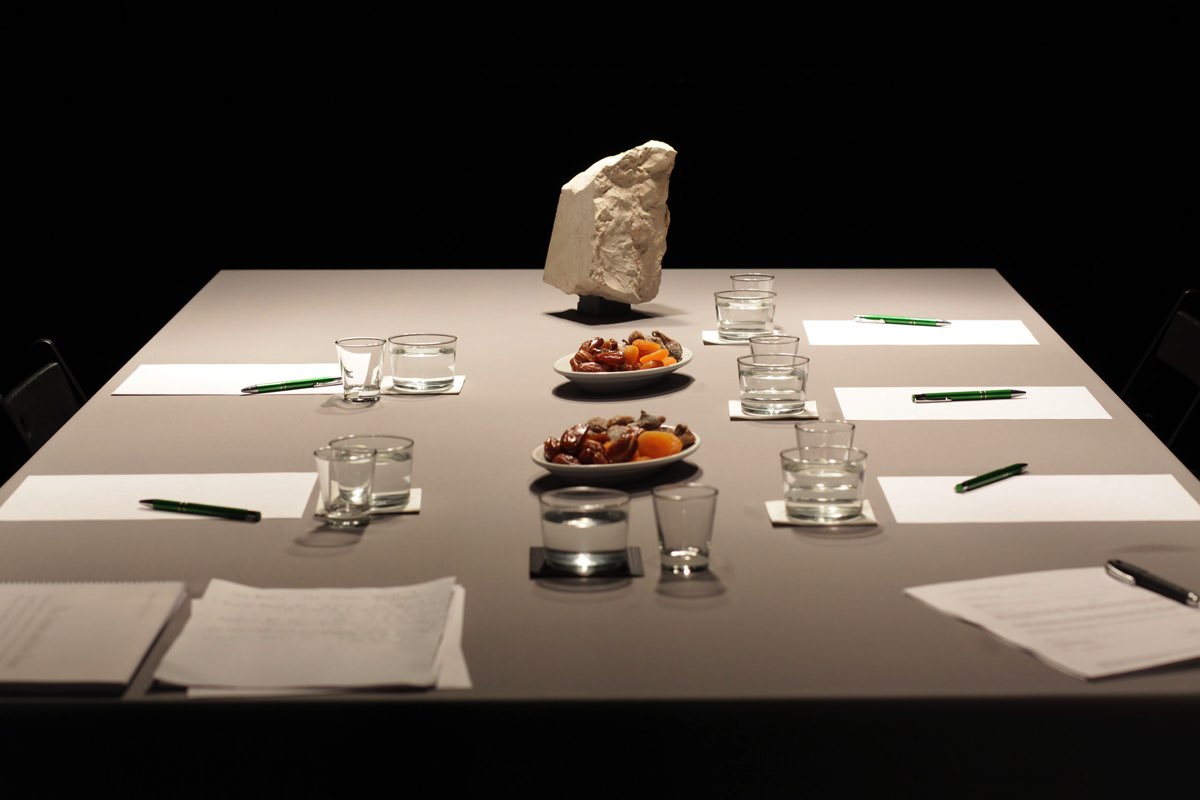 Matteo Guidi & Giuliana Racco – The Artist and the Stone [EN]

The Artist and the Stone is a multilayered interdisciplinary project that literally negotiates the twofold movement of a subject (a performance artist) and an object (a 25-ton block of stone) from the same refugee camp in the south West Bank to Europe. The project is concerned with the ways people can bypass restrictions and limitations in their daily life, managing to move through systems imposed on them, creating their own paths, languages and forms of expression, driven by their desires.

The Artist and the Stone speaks of mobility, citizenship, desire and constraint, situating itself at a cross-section of considerations on the expanding role of (artistic) mobility, growing border restrictions, and the trade of goods across borders, while placing emphasis on how context dictates value.

Giuliana Racco (Toronto, Canada, 1976). Artist with a BFA (Honours) from Queen’s University and an MFA from the IUAV University of Venice (2006). She was awarded a research and production grant by the Canada Arts Council for the year 2015. Her practice concerns narration, language acquisition, desire and mobility (including that of workers, migrants and refugees).

Matteo Guidi (Cesena, Italy, 1978). Artist with a Diploma in Visual Communication and a Degree in Ethno-anthropology, University of Bologna. He is a member of AAVC (Associaciò Artistes Visuals de Catalunya) and a professor of Sociology of Communication at ISIA of Urbino. He was awarded the Arte para la mejora social 2014 prize by Obra Social La Caixa Foundation. His investigations look into highly imaginative practices in closed spaces of control (such as cooking and photography in prisons).

Guidi and Racco’s practices converged within the context of factories (2008) and refugee camps in the West Bank (2012). From 2008, they have collaborated continuously and are now both based in Barcelona and  in long-term residency at Hangar (centre for artisticresearch and production).

Guidi and Racco operate at the intersection between art and anthropology, investigating complex contexts of more or less closed structures, i.e. high security prisons, factories, and, most recently, refugee camps. Their practices looks into the ways individuals or groups of  manage their own movement, on a daily basis, through strongly defined systems which tend to objectify them and even induce forms of self-restraint. Reflecting on unpredictable methods of daily resistance sparked by a combination of simplicity and ingenuity, they focus on contexts that are considered marginal or exceptional but, in reality, anticipate more common scenarios.

Photograph from the set of the video ¿Qui assumirà el pes de 25 tones de pedra? (Who will take on the weight of 25 tonnes of stone?), M. Guidi, G. Racco, 2015 – Photograph by Alice Daneluzzo.