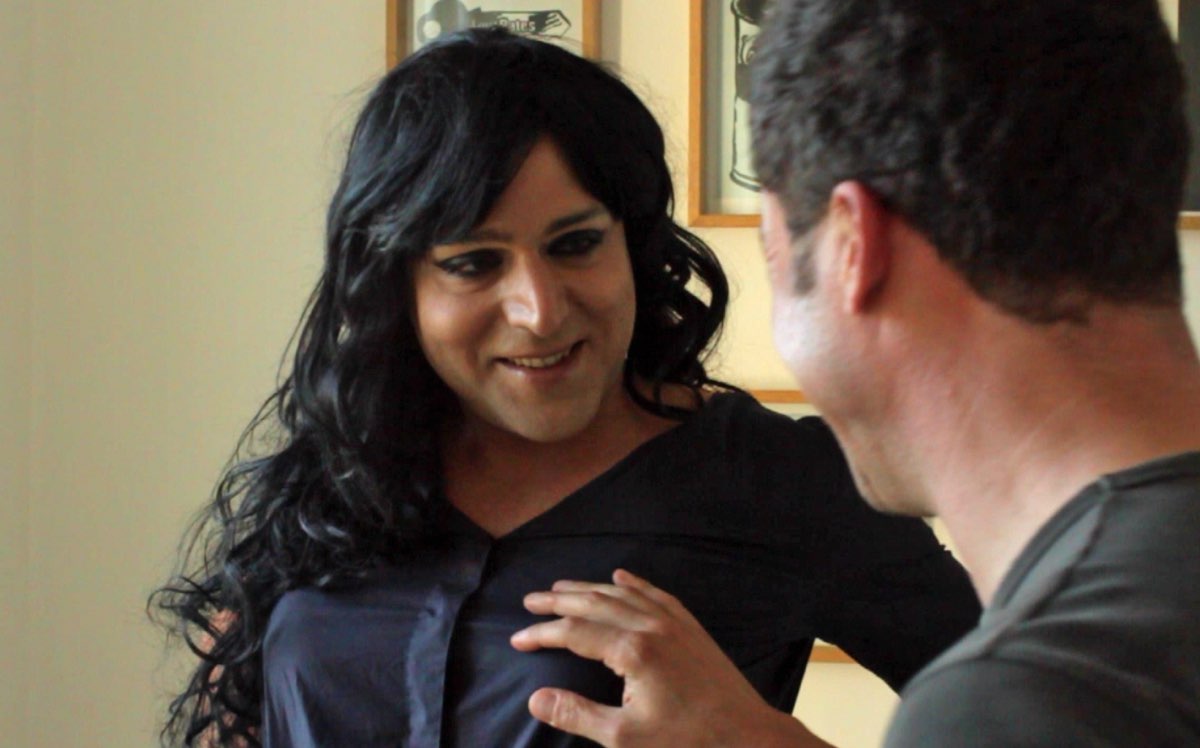 Samira is a 25 minutes two-screen art-science installation presenting an ethnographic account of the life history of Karim, an Algerian migrant man selling sex as a travesti at night in Marseille. Karim left Algeria as a young man as his breasts started developing as a result of taking hormones. He was granted asylum in France as a transgender woman, Samira. Twenty years later, as his father is dying and he is about to become the head of the family Samira surgically removes her breasts and marries a woman in order to get a new passport allowing him to return to Algeria to assume his new role.

Samira is part of the Emborders art science project questioning questions the effectiveness and scope of humanitarian initiatives targeting migrant sex workers and sexual minority asylum seekers. In order to get their rights recognised and avoid deportation migrant women, men and transgender people reassemble their bodies and perform their subjectivities according to standardised victimhood, vulnerability and gender/sex scripts. In the process only a minority of migrants targeted by anti-trafficking interventions and applying for asylum obtain protection, refugee status and the associated rights. The vast majority are treated as collateral damage and become either irregularly resident in immigration countries or forcefully deported against their will and in often dangerous circumstances to their countries of origin. Between 2014 and 2015 the Emborders project will explore these dynamics through 3 more  ethni-fictional installations, which will also be edited in the form of a one-screen movie, on the life and migration trajectories of sexual minority migrants, asylum seekers and refugees in Marseille, Paris and London.

Nicola Mai is an ethnographer and filmmaker working as Professor of Sociology Migration Studies at London Metropolitan University. His main research interest is the negotiation of gender, sexuality and subjectivity through the migration process, with particular reference to the globalised sex industry as a contested and ambivalent space of control and autonomy. In his academic work and films, Nick problematises prevailing understandings of the global sex trade as characterised by exploitation and victimisation, by showing the complexity of the subjective investments of the people involved.