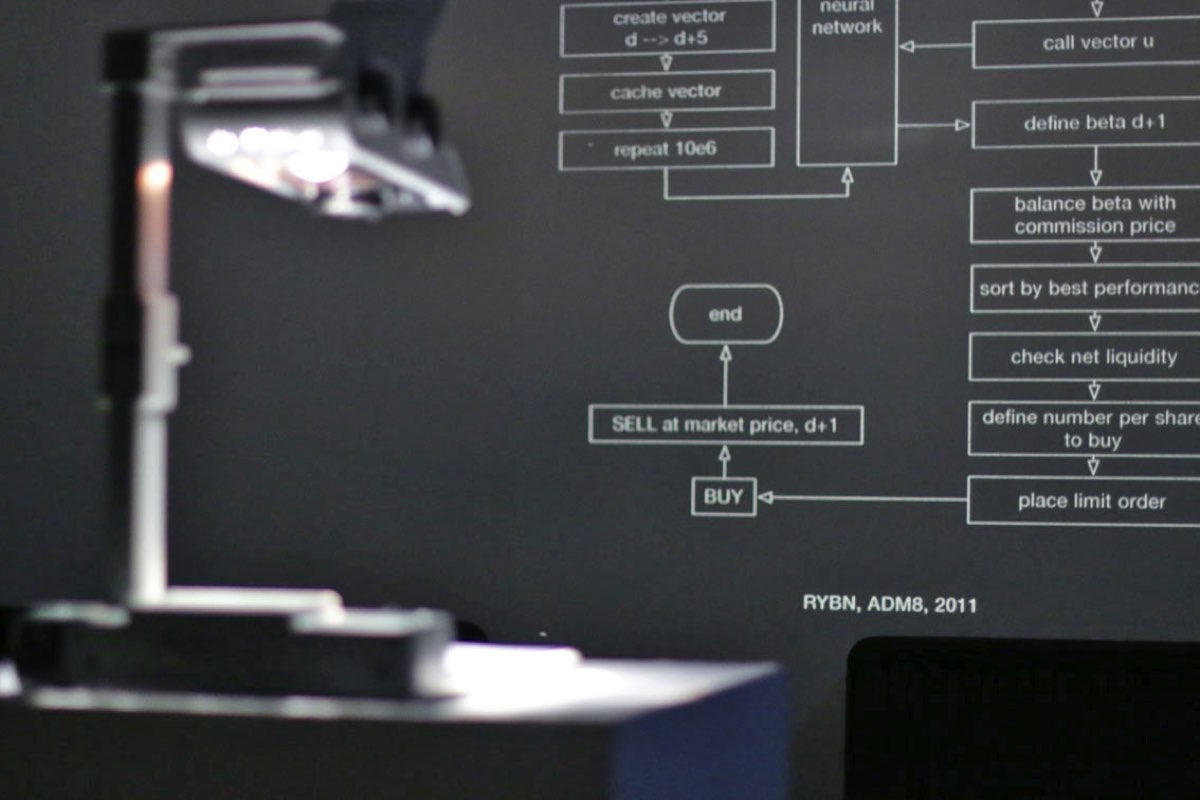 ADM8 is a trading robot conceived to invest and speculate on financial markets. Based on artificial intelligence algorithm, the program can launch purchasing and selling orders completely autonomously. Its decision-making and prediction system allows him to seek, identify and anticipate trends in the financial chaotic oscillations. Commissioned on 31 August 2011, the program relies on a n operative budget of 10,000USD and will continue to operate until bankruptcy.
ADM8 was made with the support of DICREAM / CNC, the ZKM Karlsruhe (Institut fur Bildmedien / GAM) and the Gaite Lyrique / TAQ, Paris.

RBYN is a multidisciplinary art collective established in 2000. The collective is based in Paris and specialises in the production of installations, performances and interfaces referring to codified systems of artistic representation (painting, architecture, counter-culture) as well as to human and physical phenomena (geopolitics, socio-economics, sensory perception, cognitive systems). RYBN originates from the Open Source community and is interested in counter models and in ways to reveal ‘what hides behind’ the opacity of systems.