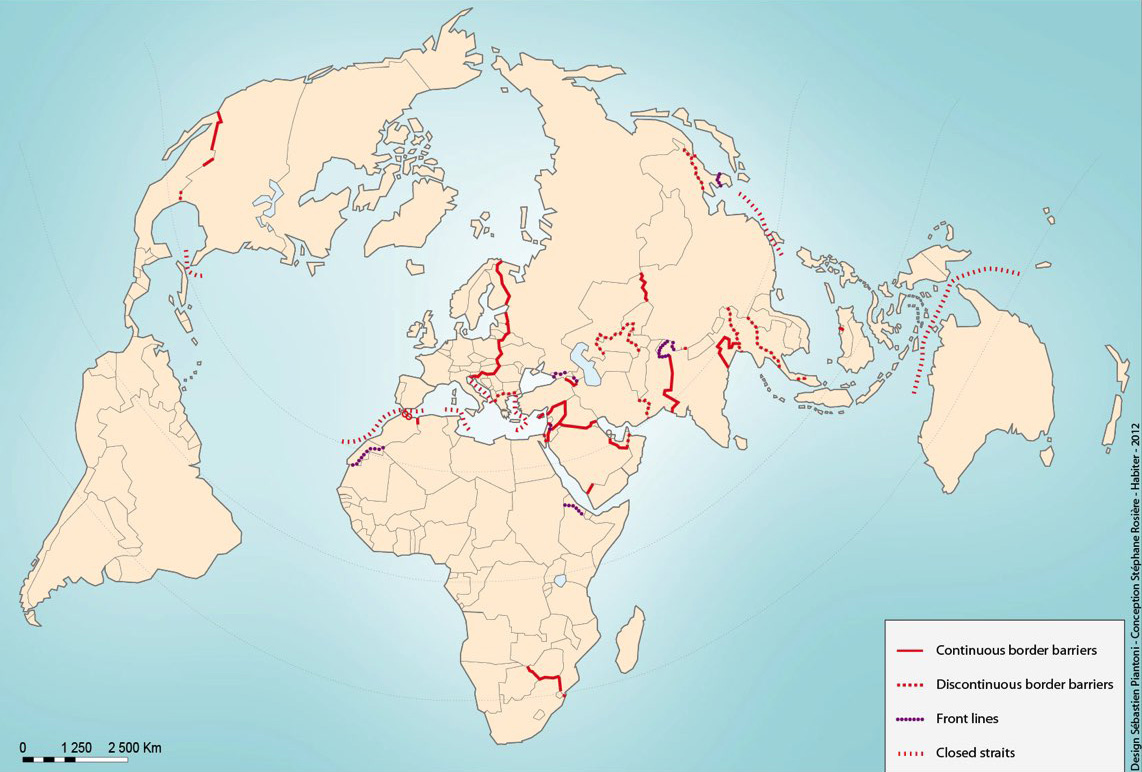 This map shows an overall outline of closed borders in the world at the dawn of the 21st century. It provides an overview of the process of “shielding” of linear borders in times of globalisation. Three types of closure are taken into account: the border “barriers” enforced more often by fences (reinforced by various devices) or more rarely concrete walls, which are equipped with checkpoints to filter the entries; frontlines guarded by armies, which are more conventional and generally uncrossable (sometimes there is no crossing point) and finally closed straits, which are under strong surveillance to prevent illegal immigration and become areas of high lethality. First published in 2009, this world map will be updated on the occasion of the exhibition.

Stéphane Rosière is a geographer and specialist in political geography and geopolitics. He is a Professor of Geography at the University of Reims Champagne-Ardenne since 2006. Since 2010, he is also Professor at the Faculty of International Relations and Political Science of the University Matej Bel (Banska Bystrica, Slovakia). He runs the online journal L’Espace Politique, a journal of geopolitical geography referenced by AERES. Board member of the French National Committee of Geography, he represented France in the framework of the Commission of Political Geography of the International Geographical Union.