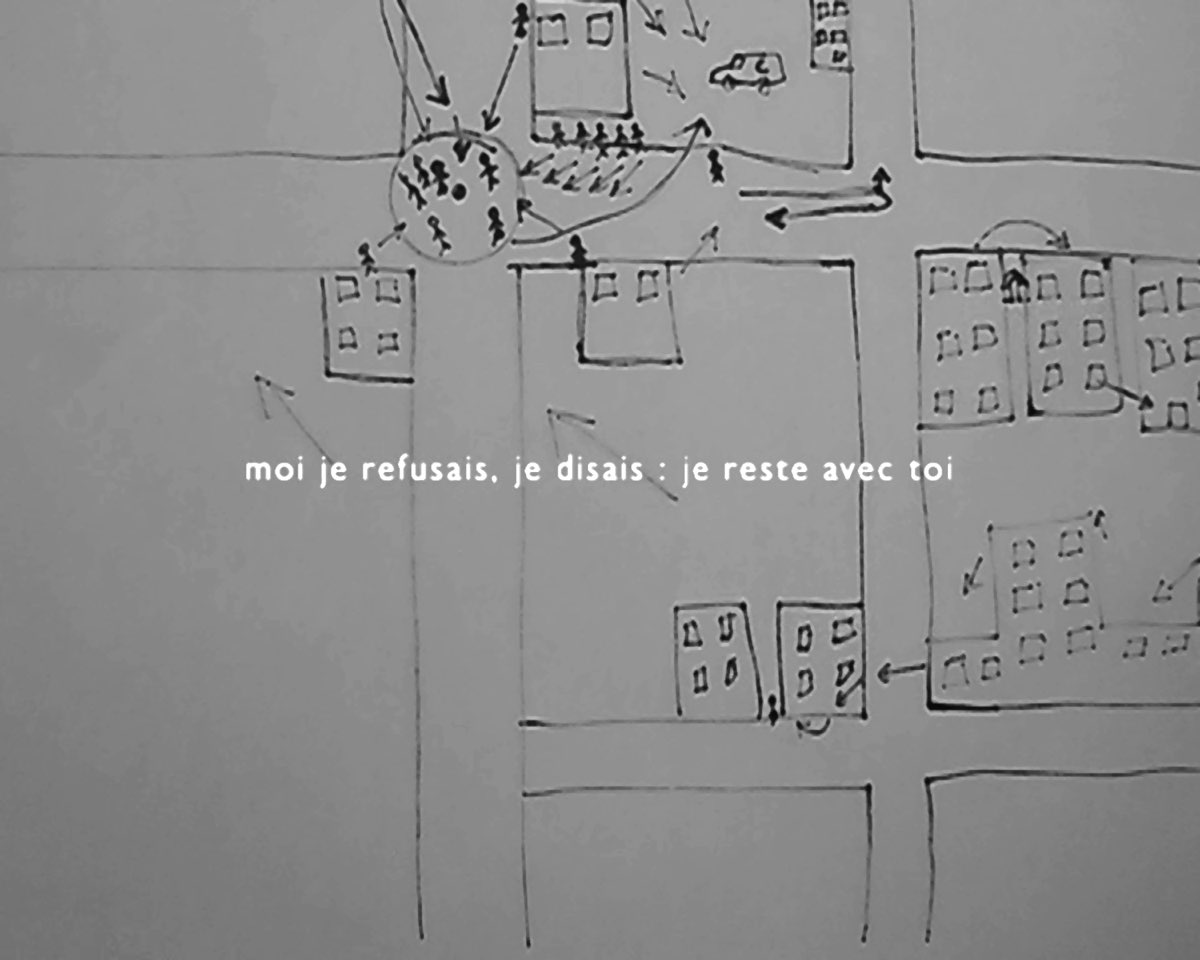 The artist Till Roesken asked the inhabitants of the Aida camp in Bethlehem to draw maps of their surroundings. The drawings brought to life the inhabitants subjective geographies, which were simultaneously captured on film. Through six chapters, which also act as individual episodes, the viewer discovers little by little the refugee camp and its environs. It follows the journey of men, women and children and their risky attempts to come to terms with the state of siege in which they live. It is a tribute to what Till Roesken calls ‘bypass resistance’ at a time when the very possibility of this resistance seems to have vanished. Grand Prix de la Compétition Française, Festival International du Documentaire FID Marseille 2009.

With a passion for applied geography, visual artist Till Roeskens belongs to the artist-explorer family. His work evolves out of his discovery of a given region and the people who are trying to draw their own paths through it. What he brings back from his explorations, whether in the form of a book, a video, a slide show or other media, is never just a simple report, but serves as an invitation to exercice one’s own perception, an open question about what we are able to seize from the infinite complexity of the world. His “attempts to find his bearings” are made with a constant concern for reaching an uninformed audience and transforming them into co-authors of the work.