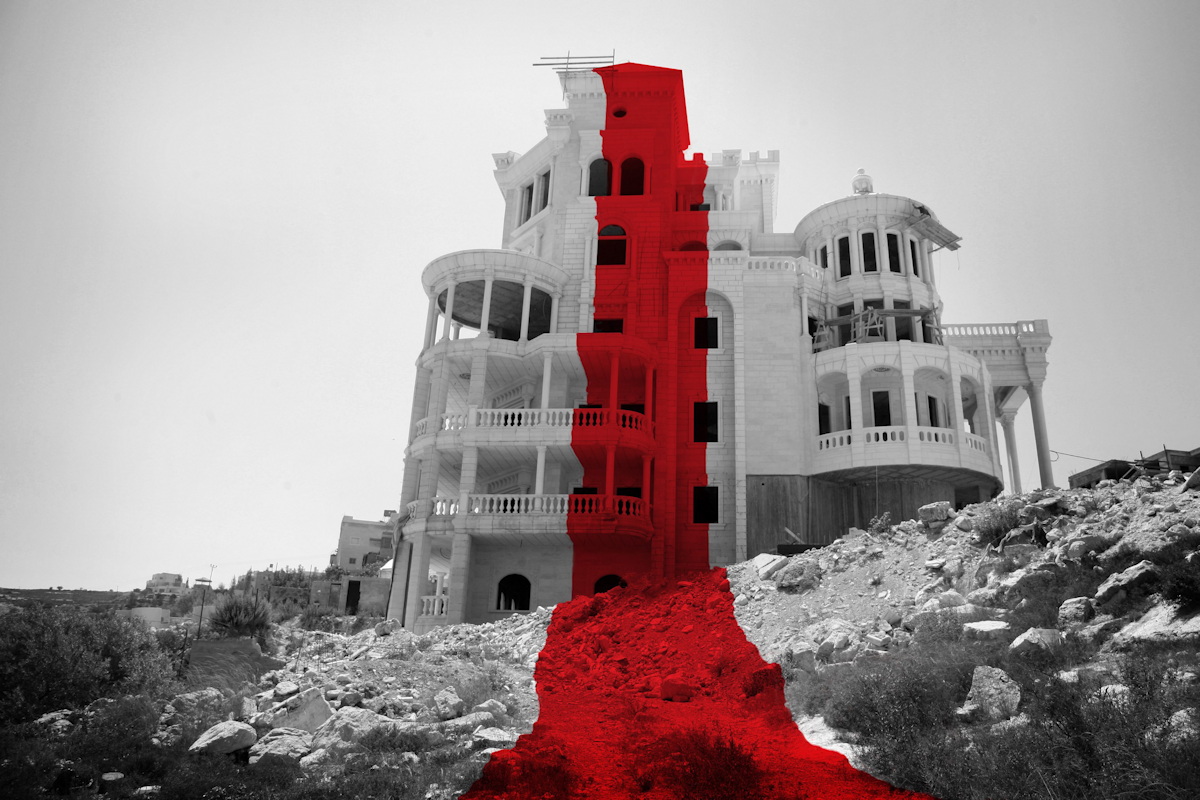 Topology is a branch of mathematics that deals with the properties of objects that are not changed under certain deformations of their shape. Social scientists have been inspired by topology in trying to understand the nature of territorial changes introduced by globalization. However, the relationship between topology and territory is not straightforward, as the former deals primarily with mathematical properties of space while the latter deals primarily with the social aspects of space. This workshop brings together scholars to engage these issues.

In this talk, I will critically engage with the concept of topological borders, an increasingly cited but under-examined aspect of contemporary mobility control regimes. Borders have evoked both territorial bounding and the state’s prerogative to admit or exclude noncitizens, but this traditional association of borders with sovereign territoriality seems in conflict with empirical research on immigration and border policing. Databanking technologies, risk analysis, and surveillance practices allegedly allow state officials identify and detain dangerous individuals from the population far from the territorial margins of a nation-state. In addition, the interiorization and externalization of immigration policing—and the legal mechanisms that enable them—complicate notions of borders’ fixity. Paradoxical legal categorizations allow migrants to be physically present, yet excluded from legal protections, so that states can hold people simultaneously inside and outside the law. Moreover, new immigration laws sometimes work retroactively, calling not only the “where” but the “when” of migrant’s inclusion/exclusion into question. Topology, or the mathematical study of objects under continual transformation, seems to provide a provocatively nonlinear, open, and fluid alternative to Cartesian, cartographic space, one more capable of dealing with the  complexity of borders’ contemporary spatiality. However, while references to topological borders are rife, it is unclear how borders operate topologically. My aim is to refine and clarify a topological approach to borders and bordering, and to do so I bring recent conceptions of topological space to bear on immigration policing and border literatures.

This paper is an attempt to conceptualize borders multiplicity by mobilizing the theory of assemblage developed by Deleuze and Guattari. The aim is to examine how multiple meanings emanating from various actors constitute a border assemblage and how this heterogeneous grouping of different parts allows us to scrutinize in a new way the changing significance of borders. In the first place, an analytical framework addressing borders multiplicity in terms of structure and agency is elaborated. Based on their enabling or constraining effect over agency, debordering and rebordering processes are interpreted according to four ‘conceptual invariants’. In the second place, the concept of assemblage is mobilized in order to understand how these different meanings that do not form a coherent whole relate one with each other. The border assemblage, conceived as a relational approach to borders multiplicity, makes it possible to unravel the uneven power relations that are both constitutive of and mediated by the border. The theory of assemblage also allows us to take into consideration the non-linear processes of territorialisation and coding that stabilize or disrupt borders ‘identity’. This leads us to consider the notion of ‘topological invariants’. Lastly, a conceptualization of the connections that hold together the disparate elements is undertaken in order to be able to represent a border assemblage in contextuality. Based on discourse network analysis, new ways of mapping real world border assemblages are considered.

Current attempts to securitize transnational mobility are profoundly altering borders’ relationship to space. If modern political territoriality is built on a geographical imagination that sees space as a rigid object to be divided by linear borders, recently we are witnessing a changing geographical imagination to incorporate a polyvalent perspective that is more in tune with a notion of space defined by mobility and connectivity rather than by proximity and distance decay. Accordingly, we are witnessing the emergence of complementary forms of state borders that, shaped in large part by digital technologies, depart from the norms of territorial linearity by becoming embedded into flows that can travel and be monitored continuously across space. Such articulation of borders changes the way movement through space is organized and how people and places come into contact. This “portal-like” logic of border geography brings people and places together by connecting them directly across space, unlike modern border territoriality that connects them via contiguous state territories. However, just what kind of political territoriality these mobile borders engender remains unclear as the tension between the two geographical imaginations is proving difficult to reconcile in practice. While the network model is often advanced when it comes to representing topological phenomena, this falls short of capturing the more complex dinamics of technologically embedded border flows.

When historian and former deputy mayor of Jerusalem Meron Benvenisti famously asked “who owns the ‘width of the line’?” he was referring to the 1949 cease-fire lines between Israel and Jordan. The lines, he wrote, had been drawn on a 1:20,000 scale map by the two military commanders— Moshe Dayan and Abdullah al-Tal. Meeting in an abandoned house in the frontier neighborhood of Musrara in Jerusalem, they laid out a map on the floor. Each drew a line using a different colored grease pencil: Dayan used green, and al­Tal, red. The thickness and softness of the colored pencils resulted in lines that were, generally, three to four millimeters wide. But because the floor under the map was uneven (or perhaps Dayan and al-Tal were a little careless), in some areas of Jerusalem the width of the line became wider.

Before and since then Palestine is traversed by these borderlines that aim to reduce modern geopolitics into a flat Euclidian space. However when these lines encounter reality, fields, olive and fruit orchards, roads, gardens, kindergartens, fences, terraces, homes, public buildings, mosques they produce a different reality.

By investigating the clash of these geopolitical lines onto the space of a house in Jerusalem, a mosque in the village of Burin, southwest of Nablus and in the unfinished and abandond Palestinian Parliament located in Abu Dis, we aim to revel how in Palestine, political spaces are not defined by the fictional partitions extablshed during two decades of “peace agreements”, but operate through legal voids. It is in these lawless lines that the regime manifest its nature but it is also in these extraterritorial dimension of these lawless lines that lays the possibility for tearing apart of the entire system of division.

Facing a world where the forms and functions of borders do not coincide anymore, we are confronted with a paradoxical episteme: one tendency to see borders everywhere, as they multiply in all kinds of spaces; another tendency to account for their topographical disparition in favour of a world of connections, which abides by complex topological systems. A closer look into the territoriality of borders reveals that the power games engaged across the linear borders have not totally disappeared, transferred into high tech surveillance devices and data basis sets. The mobile border hypothesis allows opens the ground for reflexion on the political impact of new topologies. Does the fragilizing of sovereignty induce the disappearance of the democratic political ideal?

This paper focuses on the imaginations of temporal and spatial topology in contemporary border surveillance by considering the push for ‘situational awareness’ and ‘interoperability’ as the prized traits of border surveillance actors and operations. In particular, the paper focuses on the new European external border surveillance program, EUROSUR, which ultimately wishes to foster situational awareness and interoperability by forging alignments between spatially and temporally dispersed elements. The program’s security imaginary resonates with the language of topology in its ambitions to bridge, morph, and blend intelligence from wildly dispersed sources—from undersea sensors to outer space satellites, from European liaisons in Libya to transnational security bodies like FRONTEX—and arranged these disparate pieces in ‘interoperable’ databases and analyzed by ‘seamless’ technological, perceptual, and visual measures. Ultimately the goal is to produce ‘situational awareness’ for border security actors, which envisions a kind of dynamic knowledge of unfolding spaces in real time and the ability to act quickly within them. This paper argues that the ambition for situational awareness rewrites the underlying spatio-temporal logic of border practices in Europe. The topological space-time of situational awareness is to be able to take cues from emergent spaces and their continual transformations and to co-evolve with them in real time. The paper maintains, however, that while this topological imagination produces effects, it does not ultimately replicate its ideal in practice. That is, there is a gap between the topological surveillance imagination and its inability to translate this into practice. This paper explores how the failures and fragilities of the topological translation offer productive inroads for security critique.