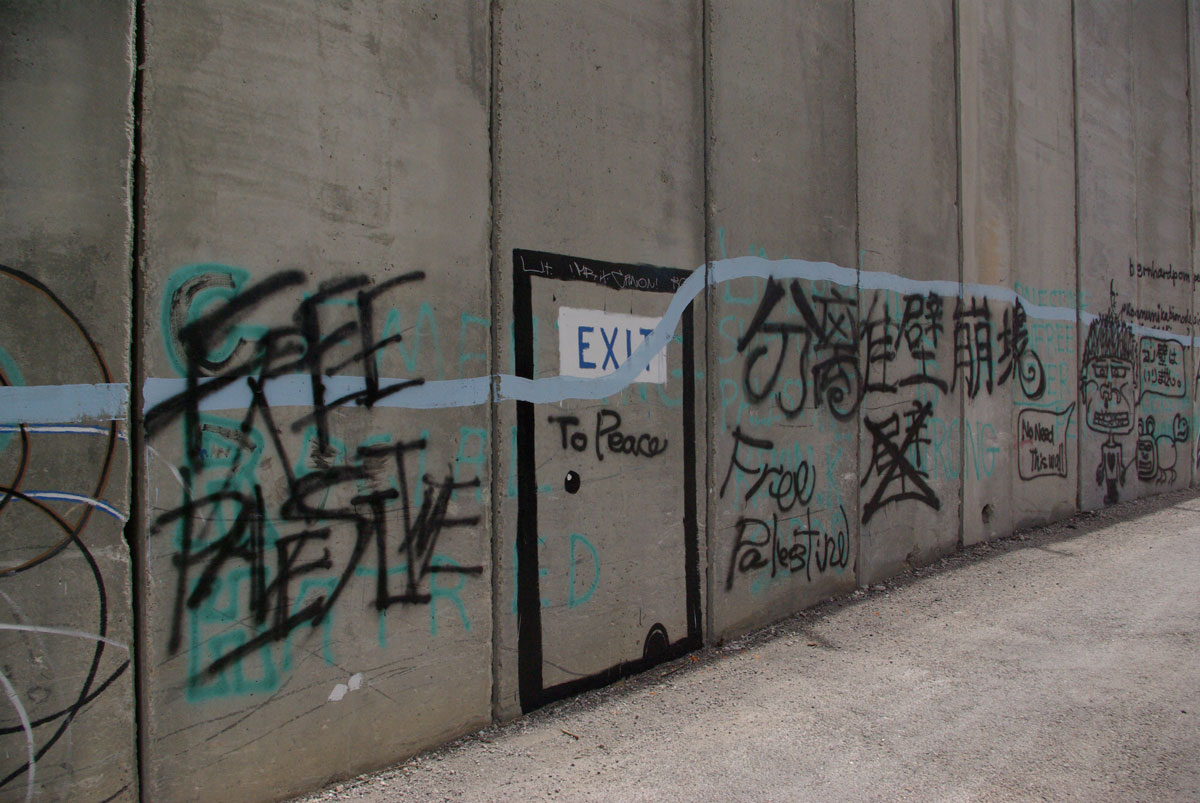 The materiality of 21 century’s walls and borders systems

Shira Havkin (politologue, CERI, IEP de Paris)
The Transformation of the Israeli « Border » Security Apparatus and the Outsourcing of the Checkpoints

Olivier Clochard (géographe, ADES/Terre Ferme)
The dilution of border within the territory

In this presentation, the notion of ‘border barrier’ will be discussed and especially the notions of threshold, types and logics operating in this artefacts. The notion of threshold aims to define from point we can speak of ‘barrier’ on a border. Materially oonexistent borders is the best symbol of globalization, it is the archetype of the ‘borderless world’ while the ‘barrier’ is its opposite. The question of type aims to distinguished different kind of technologies and essentially wall and fence. The distinction betwenn wall and fence will be discused on a symbolic point of view. The efficiency of High-tech fences and the difficult measure of these artefacts will be underlined. Finally, in terms of logics, border barriers will be questioned on musltiscalar way : logics of functioning and logics of appearance/construction. In terms of finctionning, we will underline their connection with xheckpoints as border barriers are not erected to stop all flows but to select them. Thses checkponts are included in networks and connected with (national or international) data bases. At the international scale, border barriers seems to be linked with geopolitics macrologics as essentially with wealth (development) discontinuities.

While drawing a border is, by definition, a bilateral process, building a wall is a unilateral act that freezes a line of demarcation. A border can be seen as an area of contact and influence but the advent of a world without constraints or standards, particularly economic standards, is leading to the creation of barricades around populations as states retreat into the security of feudal reflexes, testifying to certain undercurrents of globalization that paradoxically are encouraging a return to a kind of ‘neo-feudalization’ of the world. Thus the return of the wall as a political tool may be symptomatic of a new era in international relations, redefining interstate couples around the world. As such the US perception of its own borders is symptomatic of this trend. We will explore the history and impact of the border wall issue in a comparative perspective (southern border v. border as well as in other hemispheres) as the US border wall is a relevant referent to explore more complex (and less accessible) fenced borders of the post cold war era.

More and more countries are facing increasing illegal entries at their borders. Main Threats are smuggling, illegal migration and more rarely terrorism. In order to fight against these criminal activities, public authorities are putting in place border surveillance systems. Based on different complementary technologies, these systems help border guards in their daily surveillance and intervention tasks through enhanced automation and higher performances. These solutions improve the global efficiency of the border monitoring activities.

Why is Lampedusa more ‘border’ than other Italian and European border spots? I start from the assumption that Lampedusa’s high degree of ‘borderness’ results not only from its geographical location within the current historical context, but also from a specific ‘borderisation’ process. Specific policies and practices of immigration control have transformed the island in the Strait of Sicily not only into a hotspot of the Italian and EU border regime, but also into a stage on which the narratives of the ‘tough border’ and of the ‘humane border’ coexist in the performance of what I call the ‘border play’. After summarising Lampedusa’s ‘borderness’ from different points of view (the volume of immigration by sea, the deadly consequences of border controls, their compliance with human rights, the agency of migrants etc.), I will analyse the main measures and practices as well as the narratives prevailing, between 2004 and 2011, in five different acts of the ‘border play’.

Shira Havkin (politologue, CERI, IEP Paris)
The Transformation of the Israeli Border Security Apparatus and the Outsourcing of the Checkpoints

In Israeli political geography, borders are at the same ambivalent and concrete. Three of Israel’s external national borders are considered temporary and lack international recognition. However, these seemingly ambiguous borders are maintained and re-drawn by very concrete and developed security apparatuses, controlling entrance, exit and movement in territories under Israel’s control. These apparatuses include the complex system of checkpoints and barriers in and around the Occupied Palestinian Territories, but also the construction of a wall on the Israeli-Egyptian border, as well as a set of administrative reforms in Israeli authorities, such as the re-structuring of immigration police.
In this presentation, I discuss recent reforms in the security apparatuses of border-control in Israel, grounding them in the context of Israeli society, its social processes and its political economy. The outsourcing of military checkpoints in the OPT to private security companies, in place since 2006 is a particularly interesting case study. This reform, officially addressed as “civilianization”, has been considered as de-militarization of control over the populations of Palestinians. My analysis of this reform and its modalities reveals that this assumed de-militarization is parallel to processes of re-militarization of Israeli civil society, as well as to the expansion of neoliberal logic. Building on this study, I demonstrate the heterogeneous modalities in the current re-structure of security apparatuses and the subsequent conceptual and material re-configuration of borders.

Stéphanie Latte Abdallah (historienne, CNRS, IREMAM)
The prison web in Palestine: Boundaries and Porosity between inside and outside

The Israeli prison system towards Palestinians widens on the Occupied Territories a prison web which is both a reality and a prison virtuality, i.e. a capacity to imprison almost everybody from the age of 12 years. The prison web creates a suspended space, which geographical, legal and temporal limits are vague, and in some respects indefinite. This communication so intends to reconsider the question of the borders and the limits (between Israel and the occupied territories/ between inside and outside) in the Israeli-Palestinian spaces from the modalities of the confinement of the Palestinians in connection with the territorial divisions in the Occupied Territories and the practices intended to mitigate confinements and fragmentations.

Olivier Clochard (géographe, programme Terrferme / ADES / Univ. Bordeaux 3)
The dilution of the border in the territory

The detention centers of the European Union and its neighbouring countries are of great diversity. Of the important administrative detention centre recently built – according standards of major hotel chains – to the informal space marked by degrading material conditions, all these places form one or more devices whose boundaries are sometimes difficult to grasp. If the firsts have legislative frameworks increasingly complex, the existence of the latter is often the result of local assemblies, ad hoc, one-off. But both types of structures are part time – marking the contemporary migration policies – and have become milestones in the journey of the exiles. Finally the mobility between these places – and within its structures – involved in the development of borders with the societies in which migrants hope to live.

The development and the automation of surveillance technologies are often perceived as means to deploy more reliable, standardized, predicable control than human control. I will show that this approach is misleading: it is not possible to dissociate surveillance technologies from the political, social and economic conditions in which they are implemented. Because they are deployed and associated to pre-existing control apparatus, institutions and specific policies, surveillance technologies reproduce the contradictions and mistakes of the systems and actors that implement them. Through this process they often modify the reality that they are expected to master and create unforeseen challenged. I will illustrate the claim through the case study of the Israeli separation barrier built in the West Bank. Based on field observations, I will show that the functioning of these technology of control cannot be apprehended without taking into consideration their dysfunctions and the way they are re-appropriated by formal and informal actors aside of the State.