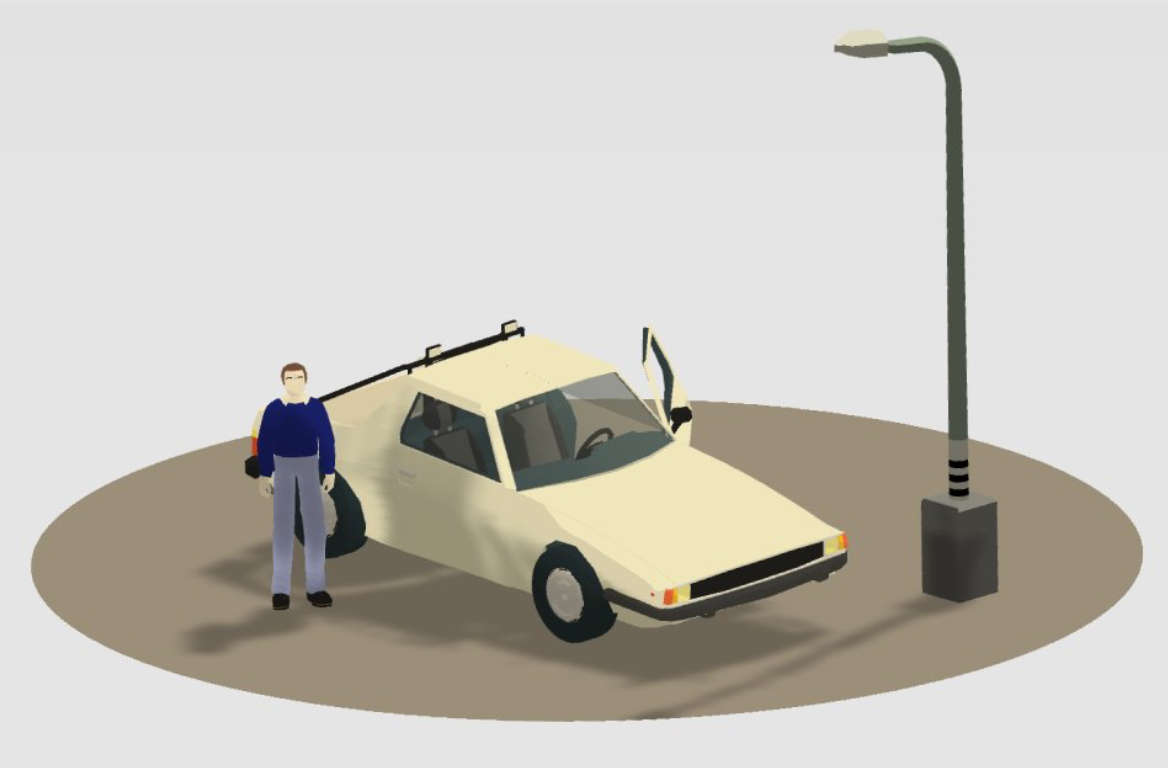 A Crossing Industry, a video game between art and research

A Crossing Industry focuses on the operations of the Israeli separation regime in the West Bank during the three years following the second Intifada (2007-2010). Still in development, it is being produced by a transdisciplinary team composed of an anthropologist (Cédric Parizot), an artist (Douglas Edric Stanley), a philosopher (Jean Cristofol) and ten students at the École supérieure d’art d’Aix-en-Provence. In this contribution, we discuss how game video technology has allowed the team to use a documentary approach to model ethnographic analysis, using artistic conceptualization with its own aesthetic and poetic issues. 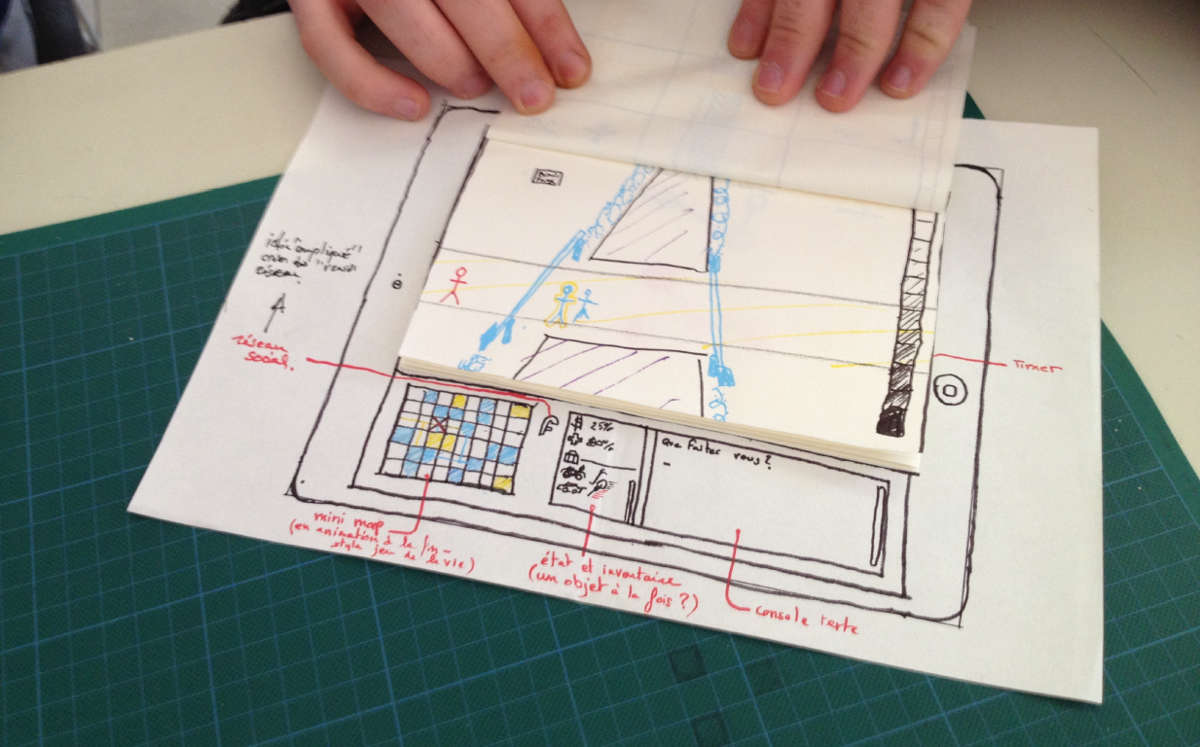 Our initial reflections on the content and the format for our game took place at the École d’Art d’Aix-en-Provence. We regularly met at Douglas’ Hypermedia Workshop (Atelier Hypermédia), where he and his students experiment with programming in their artistic practices. 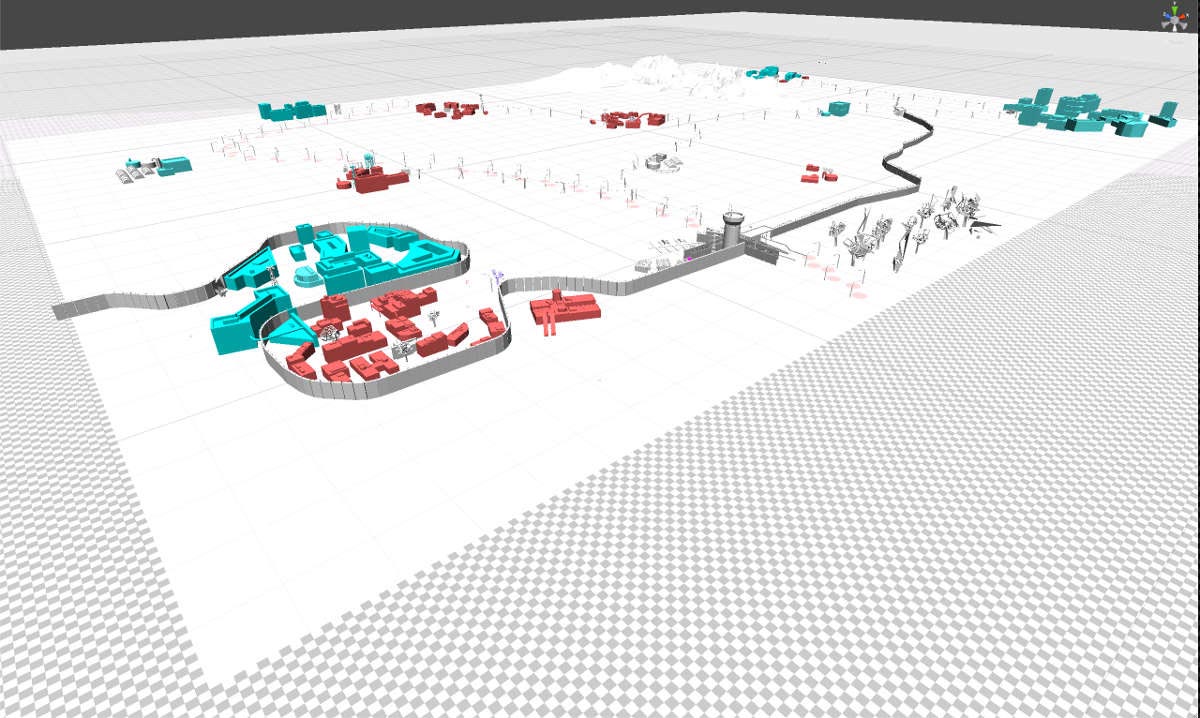 In October 2013, the project finally adopted a graphic language which uses low-poly 3D objects, a single background with grey nuances (empty with no visible ground) and primary colours for representing different types of places (Israeli-controlled zones, Palestinian zones, etc.) and the specific status of individuals (Palestinians, Palestinians with Israeli citizenship, Israeli Jews, soldiers, border guards, etc.). By placing these objects on a map similar to the one I had drawn, we were able to develop the first layout for the navigational space. 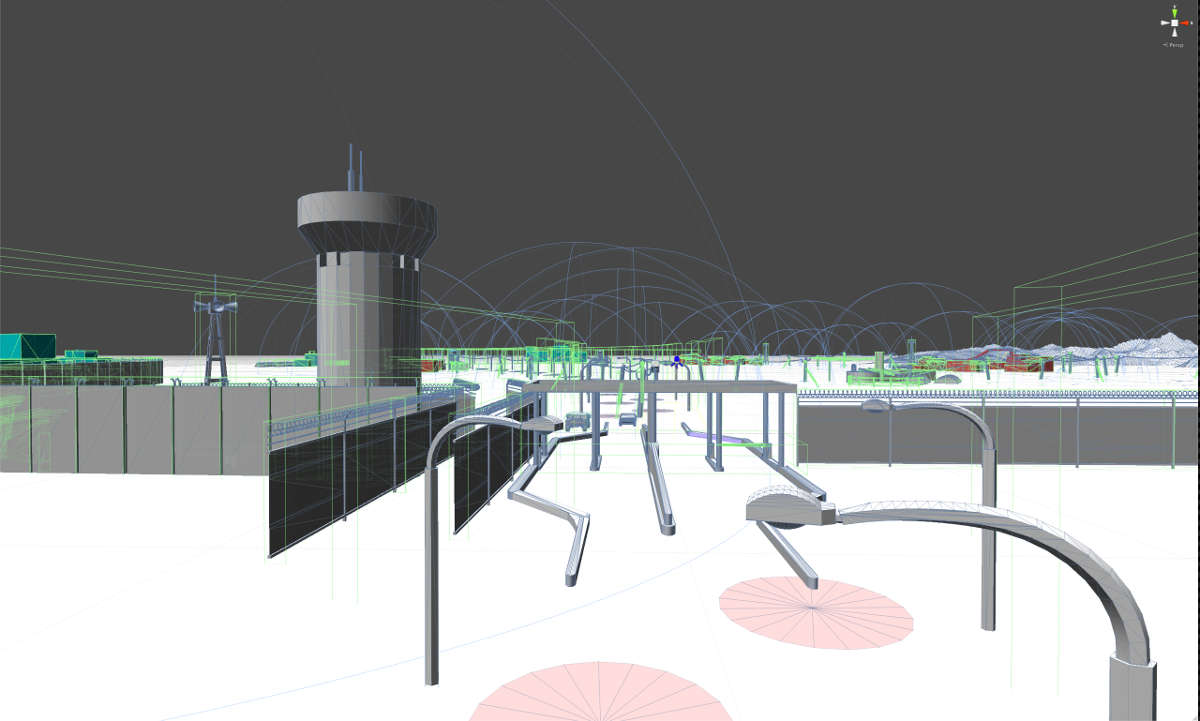 This first draft made us realize that there were substantial gaps between Cedric’s scientific proposal and the artistic conceptualization developed by Douglas and the students. At this point, we realized that we had to rethink our respective positions. I could no longer remain in my role as transmitter of knowledge, while the artists needed to objectivize that knowledge through the coding of a visual language, text and rules of interaction. We had to give much greater thought to understanding how we could work through these difficulties.

A critical and artistic documentary

In September 2014, we explored new lines of articulation and a new scenario. Cedric Parizot attempted to appropriate the graphic language provided by Unity and the software for writing scenarios. The reflections generated by these attempts allowed him to make a critical appraisal of the hegemonic character that he had given to certain regimes of visibility, such as cartography. They also allowed him to understand the contingent and intersubjective nature involved in constructing an argument through a video game. Finally, they contributed to a rethinking of the various forms of intervention that A Crossing Industry could offer. This is in fact how the game was able to assume fully its role as critical documentary: not so much because it could document a situation in the field, but because it forced the team to reflect on their methods of accessing and constructing a reality.

In the second draft we aimed to put on stage the story of a young Palestinian man who returns to his home village just after the Second Intifada (2000-2004). After several years abroad, he discovers not only that his village is now blocked in by Israeli settlements and the Wall of Separation, but also that restrictions on movement around the village have been tightened. But the Israelis are not the only people to introduce regulations on the movement of people and merchandise. As he rediscovers his bearings, he learns about a informal economy that organizes the passage of Palestinians into Israel. It involves Palestinians, Israelis and sometimes people of other nationalities.

Another writing and teaching format

In 2016, given the persistent gaps between the graphics and the scenario and the difficulty of moving forward, we chose to restart from scratch. Cédric Parizot then changed medium to think the framework of the scenario. From text writing, he moved to the drawing a dozen scenes. On this basis, the story and the graphical interface have been completely redesigned. This new project now involves Cédric Parizot, Douglas Edric Stanley and Robin Moretti. 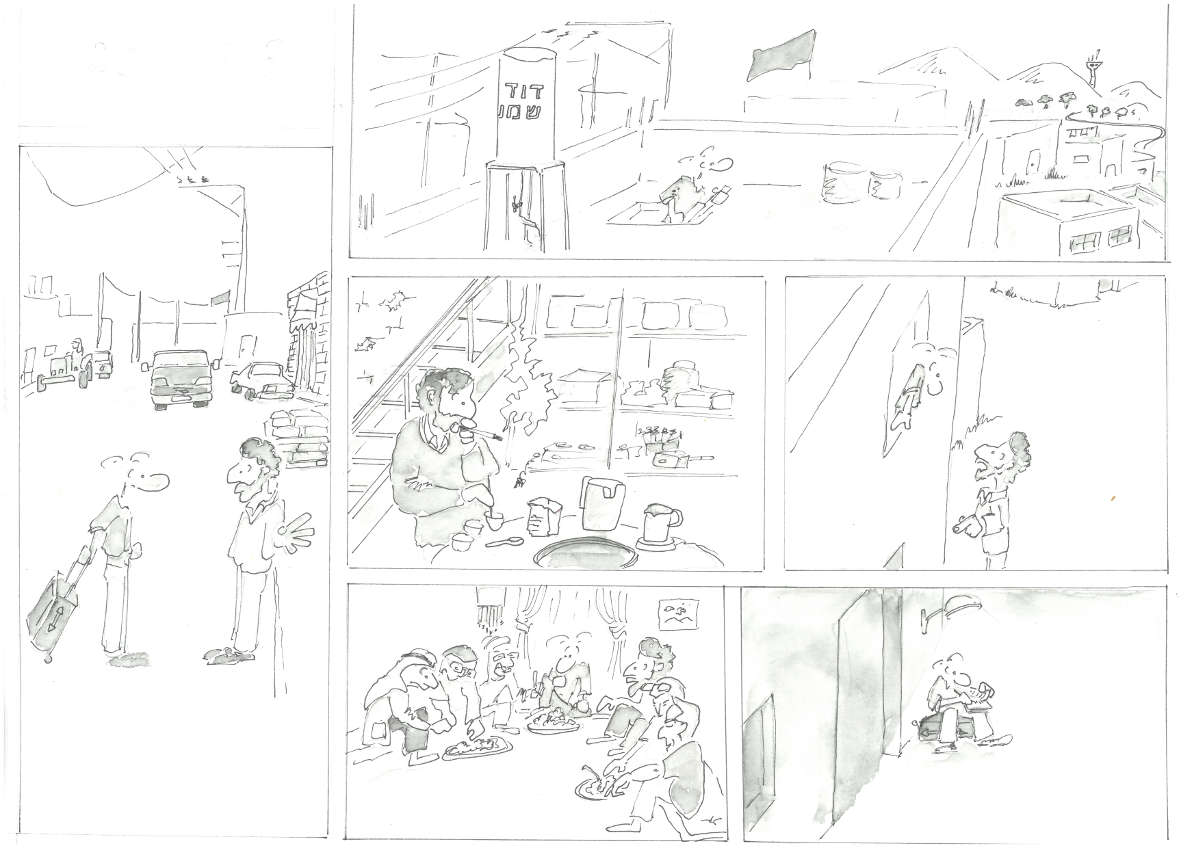 The new scenario revolves around a young French anthropologist who leaves an Israeli city in the Negev desert to cross to the other side of the wall and reach a Palestinian village. He is scheduled to meet with a final interlocutor to finalize his investigation of the smuggling networks that facilitate the passage of Palestinian workers to Israel. However, he never meet this person. In the absence of this meeting, he has to improvise and seek new contacts among his relatives and relations. In doing so, he realizes that Israelis and Palestinians are much more interconnected than the Israeli political project of separation suggests.

Based on this story, the goal is to produce a playful documentary based on an artistic and critical approach of the operation of the Israeli separation regime imposed on Palestinians in the Occupied Territories. The challenge is also to experiment and develop new writing practices that combine research, art and video-game technology in order to:
– build and shape a knowledge coming from an ethnographic research
– create training materials for young artists and
young researchers in human sciences
– develop new tools for writing and non-linear forms of narration for researchers and independent artists.