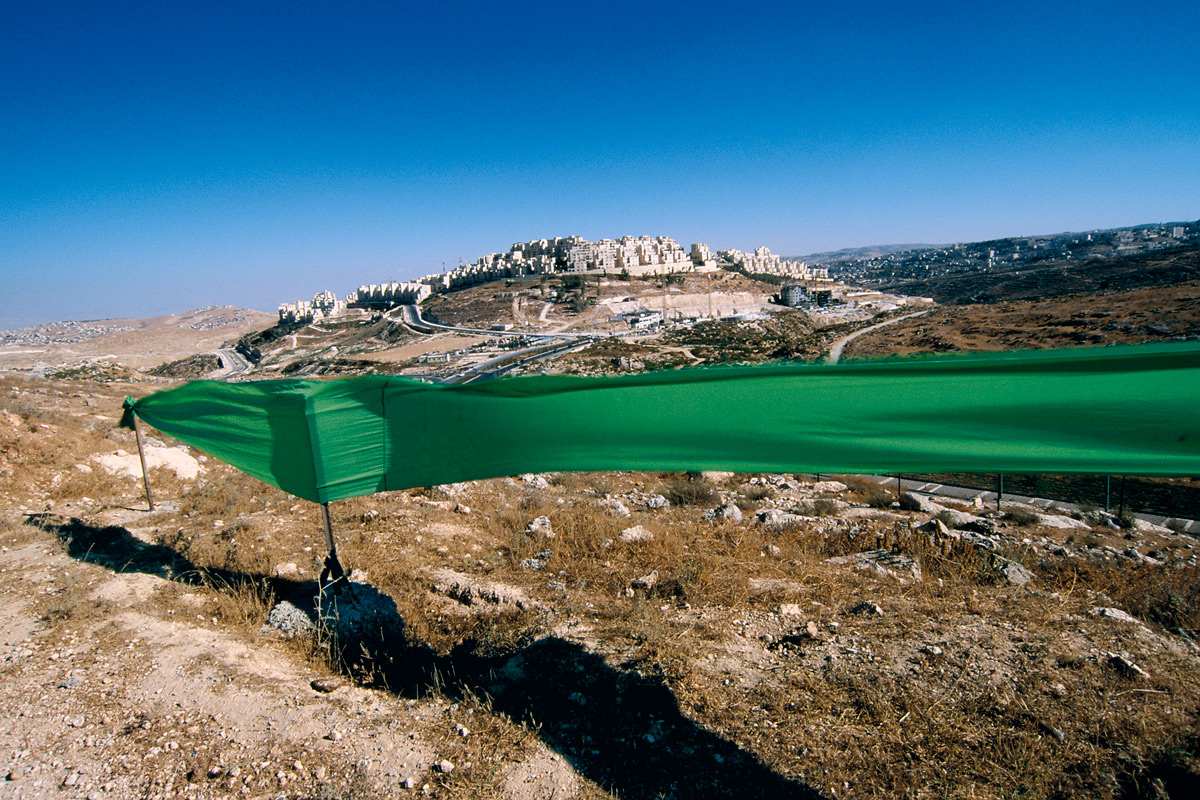 Alban Biaussat – The Green(er) Side of the Line

Alban Biaussat presents his photographic project, political and aesthetic, “The Green(er) Side of the Line”. It refers to the line dating back to the 1949 armistice between Israel and some of the neighboring Arab countries (Syria, Jordan, and Egypt). During the negotiations, a green ink was used to draw the line on the map. It is controversial, challenged by those who would redefine the boundaries by separating populations and cultures according to their geographical presence rather than the existing legal frameworks.

Born in Paris, France, in 1970 Alban Biaussat moved professionally into photography after years working for international organisations in Eastern Europe, the Caucasus, Central Asia, Africa and the Middle East. Alban Biaussat is interested in exploring creative documentary photography to address complex socio-political issues and their perception. Member of Picturetank, a Paris-based cooperative photo agency, since 2008, he is also co-founder & Director of Collateral Creations, an innovative audio-visual production platform based in Paris, working in partnership with research institutes, policy analysts, international organisations, and corporate clients for communication and advocacy purpose.