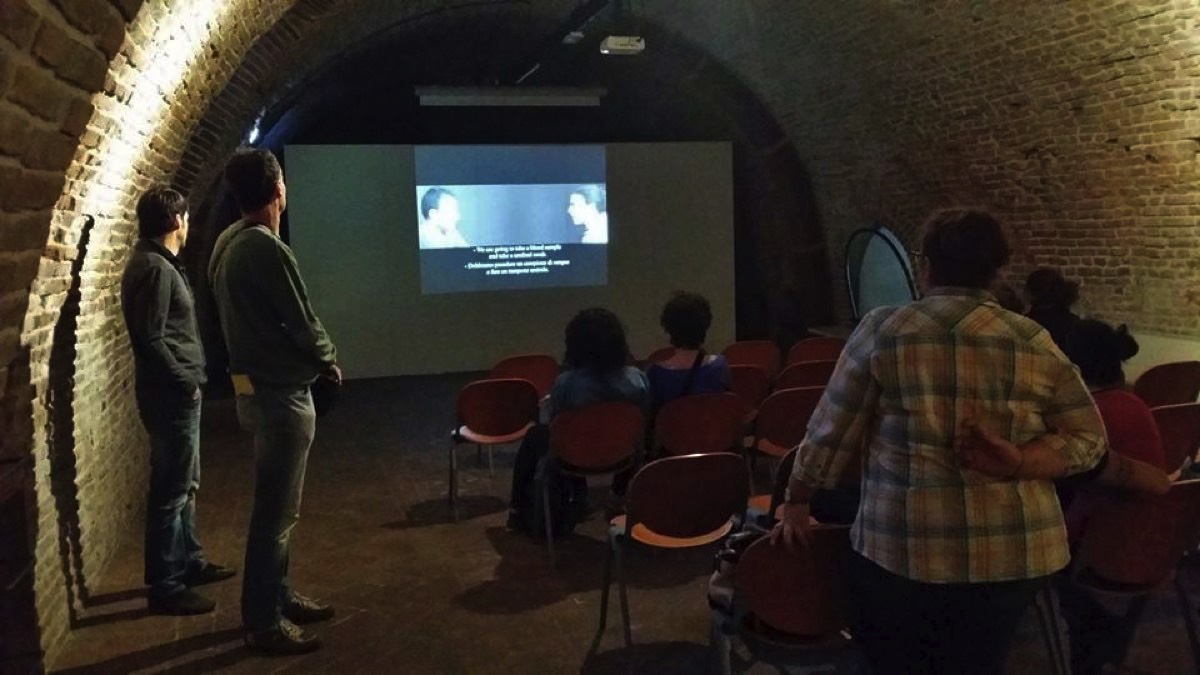 Conference: A Subversive Atlas, For a new conception of borders and migrations in the 21st century

– Cédric Parizot and Douglas Edric Stanley, A Crossing Industry, video game, 2013. The development of the informal border economy between Israel and Cisjordany in the last 20 years.

– Nicola Mai, Samira, video installation, 2013, 26′. The embodiment of humanitarian biographical borders: the story of an Algerian transgender woman in France who is changing her gender again in order to return to her country of origin.

– Charles Heller and Lorenzo Pezzani, Liquid Traces, animation, 2013, 17′. A boat full of migrants leaves Libia and drifts away within the area of patrolling assigned to NATO.