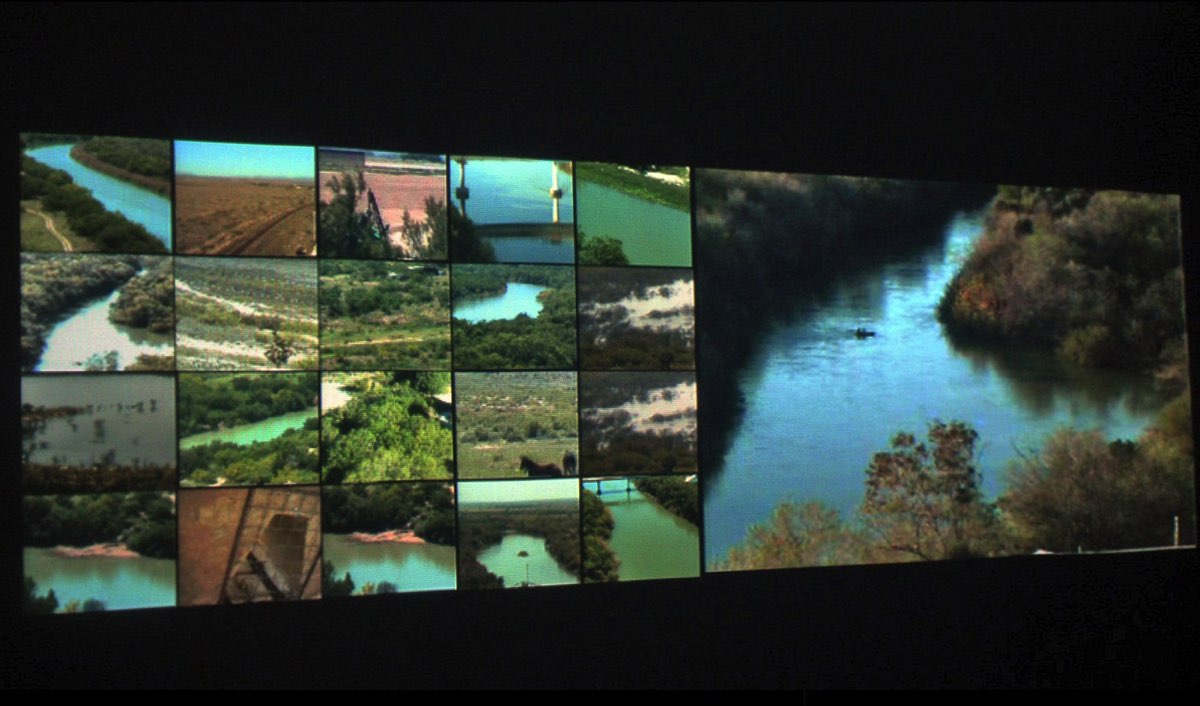 “The Texas border ” is an audiovisual online installation showing the live broadcasts of surveillance cameras placed by BlueServo along the U.S. Mexico border in Texas. BlueServo is an internet platform managed by the Texas Border Sheriff ‘s Coalition, which makes several border surveillance cameras available to anyone who wants to monitor those attempting to enter the United States illegally and report these actions by means of a website. The piece consists of 64 videos, some of BlueServo archives, showing attempts to enter US territories which failed as a direct result of the reports submitted by anonymous users to BlueServo. The act of observation which aims to “protect” the country has become a very symbolic monitoring performance carried out by U.S. citizens, in which the images that appear on the screen does not even need to be real.

Joana Moll. Barcelona, 1982. Holds a Master’s degree in Digital Arts from the Universitat Pompeu Fabra and a BA in Visual Arts from the Universitat Autònoma de Barcelona. She has performed and exhibited her work internationally in venues such as Arts Santa Monica and The Picasso Museum in Barcelona, the Oi Futuro Institute in Rio de Janeiro, the Albuquerque Museum of Art and History, the Lancaster University in UK and the Ithaca College in New York, from where she received an award for “The Texas Border”. She took part in FILE 2011 held in Sao Paulo, FILE 2012 in Rio de Janeiro, ISEA 2012 edition and Festival Internacional de la Imagen 2013 in Manizales. She also contributed to the development of interactive projects for the Science Museum of Granada, the Institute of Palaeontology of Sabadell and the Universitat Pompeu Fabra. She is actively collaborating with Sauti ya wakulima project and with the trandisciplinary research project Antiatlas of Borders at IMéRA, Marseille (France).

Héliodoro Santos Sanchez (Colima, au Mexique, 1984) studied the MA in Digital Arts at the Universitat Pompeu Fabra in Barcelona, Spain (2009-2010), a degree in Visual Arts from the University of Guadalajara (2002-2006), plus have completed Basic Painting Workshop in IUBA Colima University (1998-2000) and the Diploma in art, Media and Technology (digital art) at the Centre de Cultura Casa Lamm, Mexico, DF (2007-2008). It also has several parallel studies and courses in sound art, graphics and contemporary art with teachers: Manuel Rocha Iturbide, Ivan Abreu, Betsabeé Romero, Santiago Ortiz, the group Graffiti Research Lab, among others