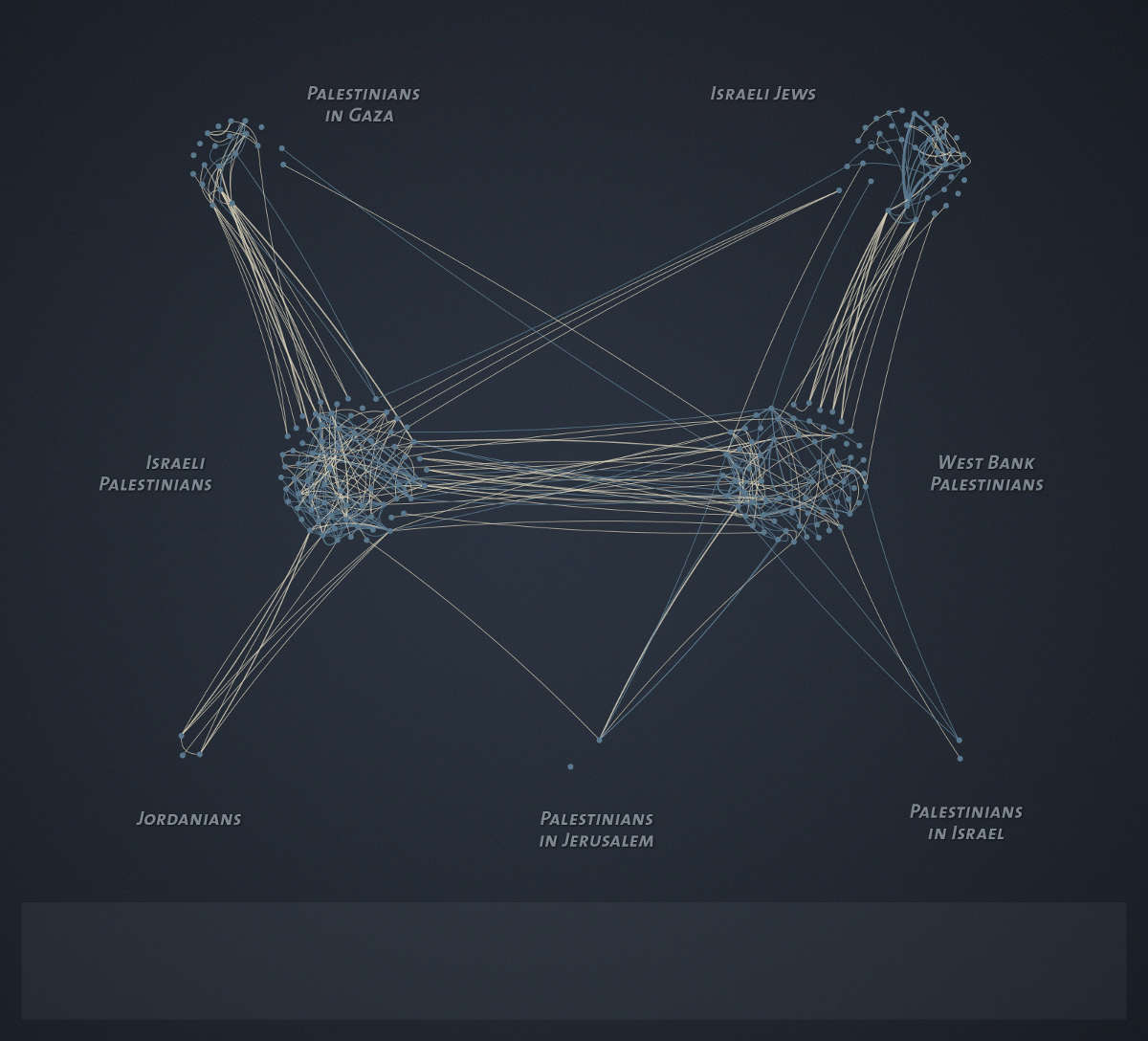 An alternative mapping of Israeli-Palestinian spaces

At the end of 2012, in order to renew the processing of his field data, collected in the Israeli-Palestinian spaces between 2005 and 2010, Cédric Parizot (anthropologist) joined forces with a transdisciplinary team composed of a digital artist, specialized in data visualization, Wouter Van Den Broeck, and a network sociologist, Antoine Vion (LEST, Aix Marseille University / CNRS). The objective was to develop a first database to capture and visualize the interactions that the anthropologist had observed during his surveys of smuggling networks between the West Bank and Israel. 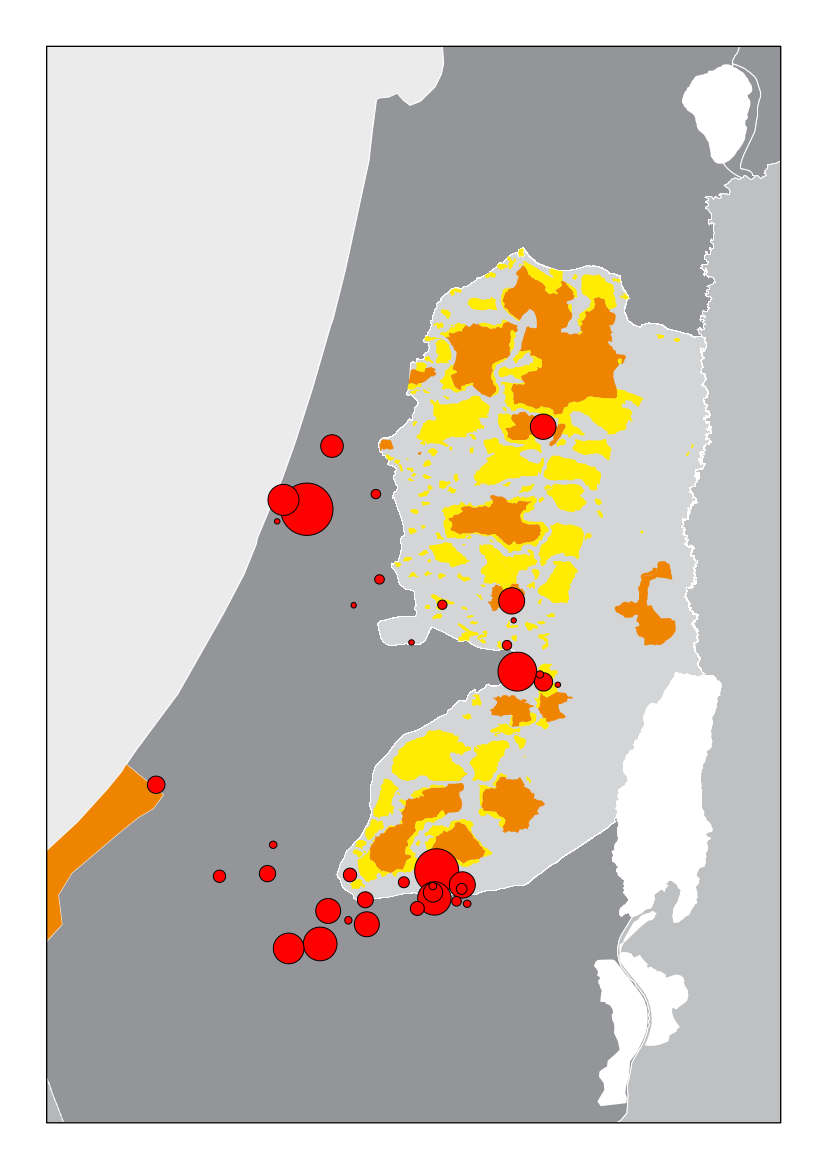 The first tests of this visualization system were presented at the first international conference of the antiAtlas of borders (October 2013) in Aix en Provence and in June 2014 at the World Congress of the Association for Borderlands Studies of Joensuu (Finland). The graphs made it possible to expose and analyze nearly 1000 observed interactions during two months of fieldwork in 2005. Moving from the fine and rich observation provided by ethnography to a graphic abstraction allowing to visualize simultaneously several hundred interactions, helped validating a number of research hypotheses as well as to visualize arrangements that the researcher could not represent only through the reading his notebooks.

From map to a customized visualization tool

Given the interest of these first results, we decided to continue the project between the spring of 2014 and 2015. We had three objectives: (1) to create a customized tool to renew the analysis of the data recorded in the anthropologist’s notebooks; (2) to produce an alternative mapping of Israeli-Palestinian spaces and their borders; and finally, (3) to make a software that could be used by other researchers in the human sciences in the processing of network data. 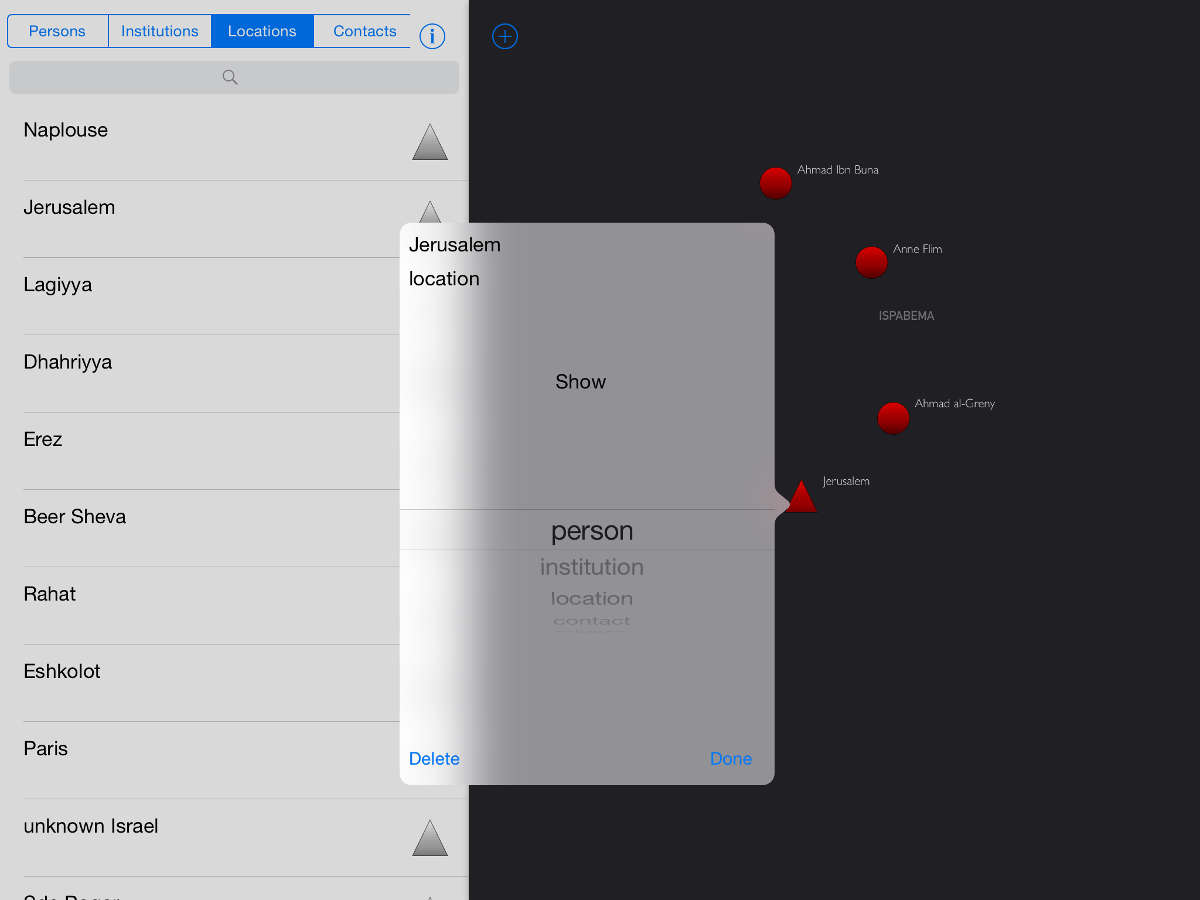 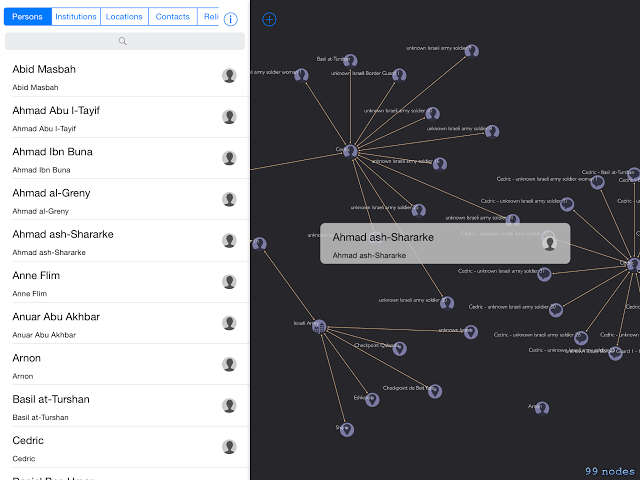 Entitled ISPABEMA (Israel Palestine below Maps), this project lead to the building of a first software prototype in November 2014. It was displayed at the Salon de la valorisation organized by carried by the LabexMed project in Marseille; then we made an invention deposit with SATT South-East and Aix Marseille University in January 2015. Finally in June 2015, we presented more advanced prototype at the Salon Innovative SHS held at La Villette in Paris. However, due to lack of funding, we were unable to complete the project.