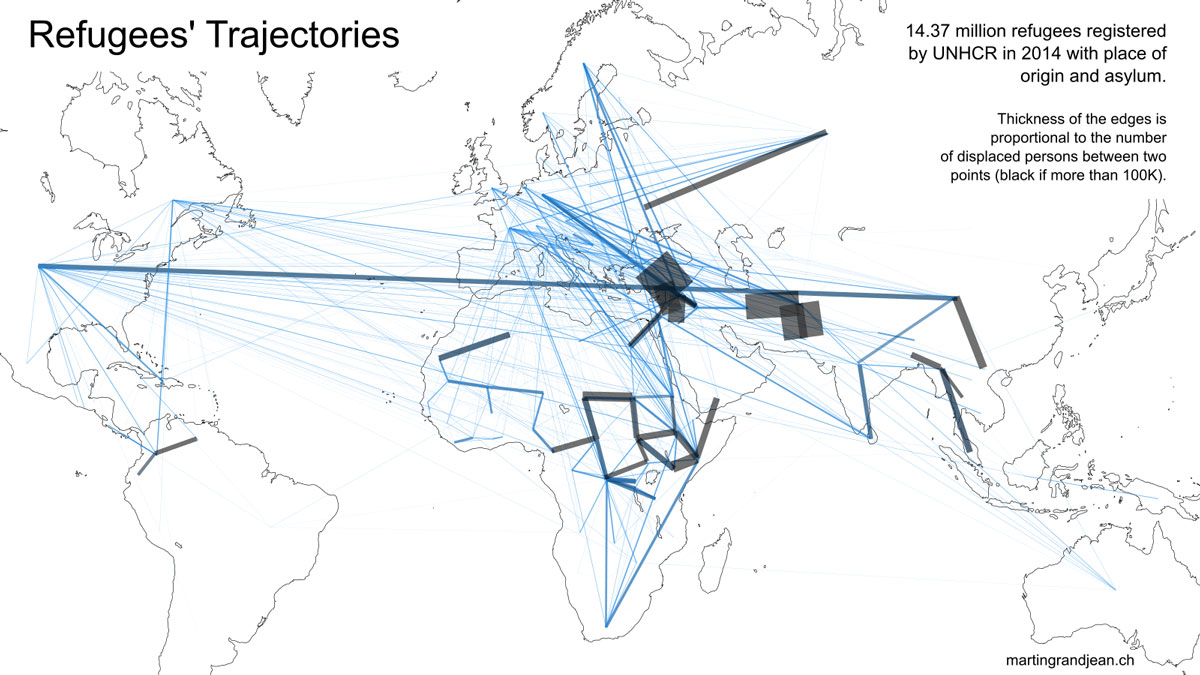 By relying on an unusual method of visualisation, this map underscores the role that traditional cartographic representations play in the way we apprehend refugee trajectories. Drawing on data provided by the United Nations Refugee Agency, the author made the thickness of the edges proportional to the number of displaced persons between two points. Hence, he shows that while Europe is the point of convergence of many migrant routes, they actually represent a small minority of the world’s refugees. Most displaced people move to neighbouring countries as part of south–south migrations.

Martin Grandjean is a researcher in contemporary history at the University of Lausanne. His research focuses on network analysis of large corpus of archives. Spokesperson of Humanistica, the French association of digital humanities, he also has projects in the field of data visualization and Open Data. We find his questions related to the development of historical data, statistical visualization and data-journalism on his blog www.martingrandjean.ch