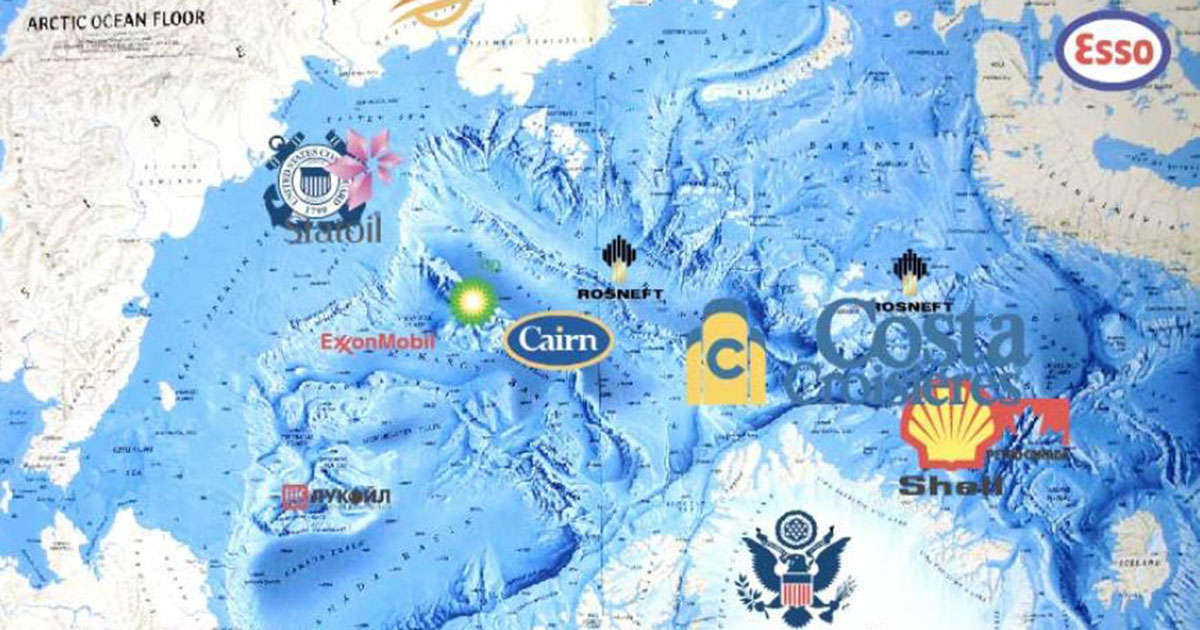 Arctic Conquistadors examines the tensions and conflicts characterizing the Arctic today. The Arctic space is being re-mapped / re-drawn / re-appropriated by the traditional stakeholders and newcomers, be it private or state-owned corporations, governmental or non-governmental bodies. The artist reflects on how the current situation is effected by the overlapping interests of geopolitical and corporate powers, referring to the ‘global conquests’.

From the beginning of the 90s Olga Kisseleva on the invitation of the Fulbright Foundation found a roof for her work in the research group in the United States which dealt with the development of digital technologies. She mainly stayed on the research laboratories in New York and in California, where she participated in the first adventurous beginnings of Silicon Valley. In 1996 she is getting her PhD for her theoretical work on the theme of new forms of hybridization and she is invited to the Fine Art Institut of “Hautes Etudes” in Paris. Since then she has been developing original work in which is oscillates between truth and untruth and she is searching for improbable boundaries that separate both. In all of her projects the viewers very much take part, thereby the artists challenges the ability of new media to create a true picture of reality.