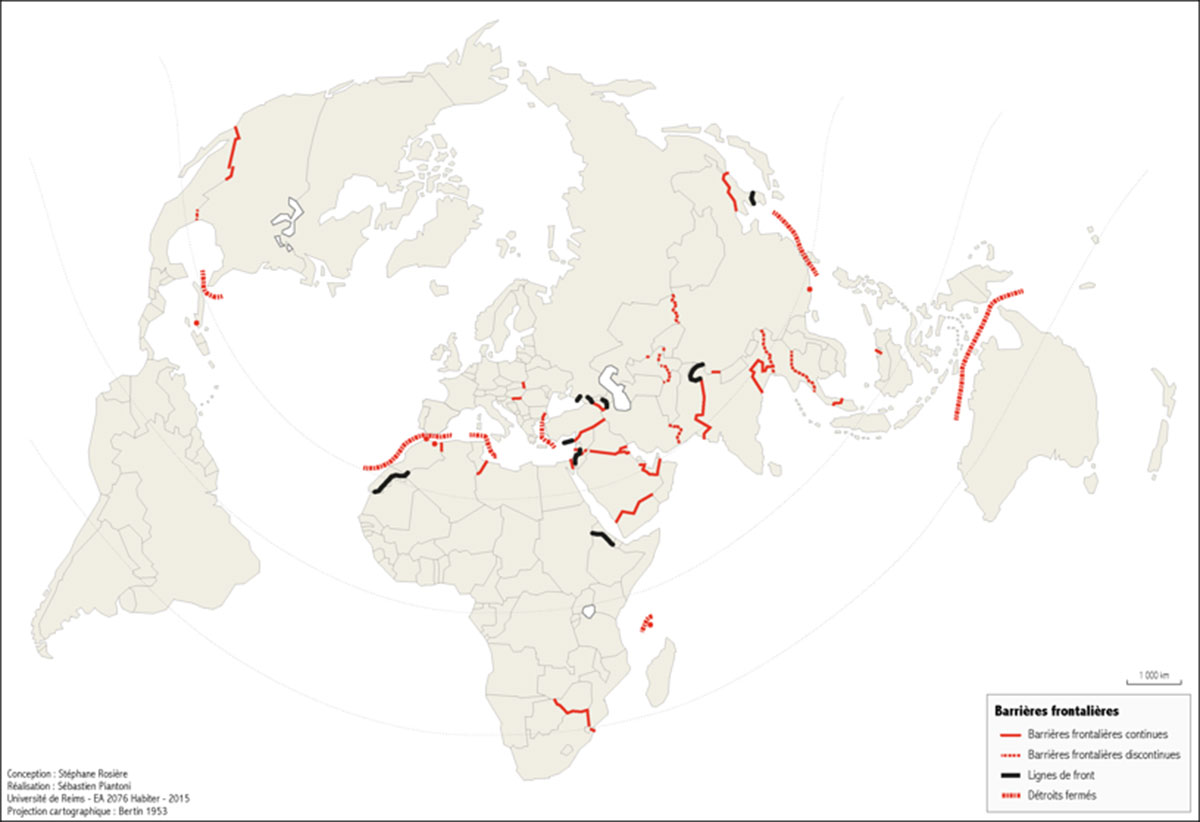 Since the fall of the Berlin Wall, barriers and walls have multiplied along borders. In 2016, they line a distance of some 20 000 km (8% of the world’s borders). New kinds of apparatus have replaced former frontlines (Cyprus, Korea, Western Sahara). They often perform different functions: regulating the movements of and excluding certain kinds of populations, preventing terrorism, highlighting state sovereignty and materialising borders. Yet these constructions are never isolated. They are part of integrated, high-tech surveillance systems that are not always visible.

Stéphane Rosière is Professor and at the head of the Master degree diploma of Geopolitics in the University of Reims Champagne-Ardenne (URCA), he’s also head of the Research laboratory Habiter (EA.2076) and Editor-in-chief of the online journal L’Espace Politique.

Sébastien Piantoni is Studies Engineer since 2009 within the team Habiter (EA 2076) from the University of Reims.