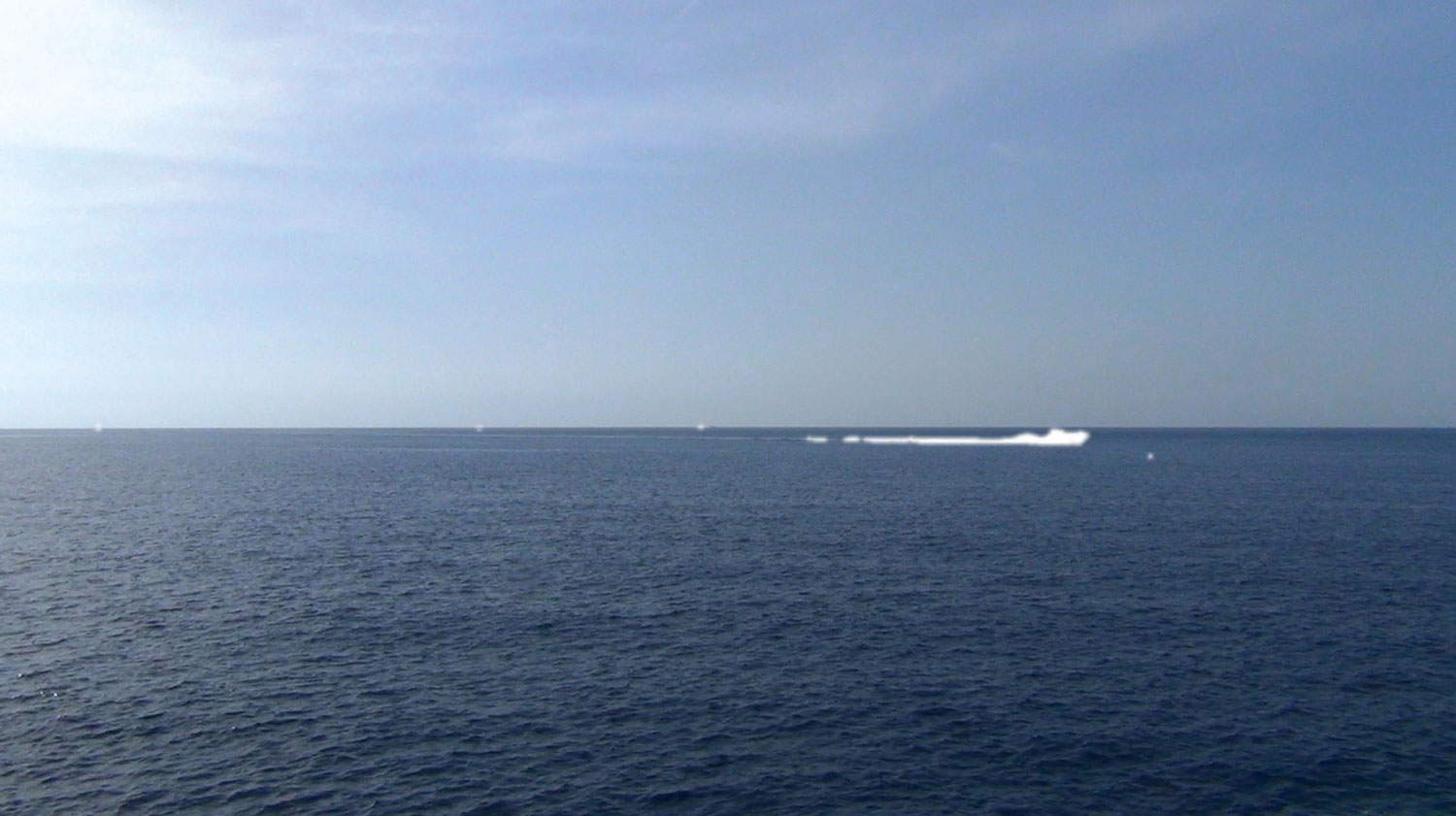 En Vigie (The Lookout) is a series of generative videos, which establishes a paradoxical relationship between looking and waiting. A landscape chosen by the sea or a large river is filmed in a fixed shot. The image is then interpreted by a program: each movement is highlighted, like a firefly. All these movements control the movement of a reading head in an orchestral crescendo, which never ceases to vary and whose climax never occurs.

Through this situation of artificial cinematographic suspense, the landscape and the horizon become the object of a shared gaze between human and machine, which questions our physical limits but also the contemporary forms of augmented surveillance – of which the Mediterranean territory is particularly invested.

The series includes three autonomous videos: En Vigie / Strasbourg (2017), En Vigie / Nice and En Vigie / Venise (2018), each lasting approximately 20′, on loop. En Vigie / Nice is presented as part of the solo exhibition Machinal, Villa Henry, Nice, from 25 March to 28 April 2018, accompanied by a catalogue with a text by Céline Flécheux and an interview with Isabelle Pellegrini.